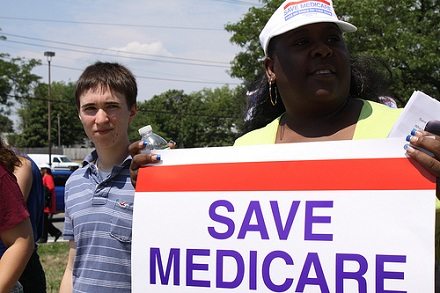 Of critical concern to nonprofits in the Supreme Court’s decision on the Patient Protection and Affordable Care Act was the part that didn’t go the Obama administration’s way. The Roberts court ruled that the federal government could not force states to expand Medicaid coverage by threatening to withhold the state’s federal Medicaid funding.

Twenty-six states had challenged the provision of the PPACA that would extend Medicaid coverage to non-elderly people with incomes of as much as 133 percent of the poverty level. This expansion of Medicaid coverage would help some 16 million people by 2019, according to ProPublica. The states that filed against the federal mandate account for approximately 8.5 million of the 16 million who would benefit from the expanded Medicaid coverage.

Why would states reject the expansion of Medicaid? For some, it might be that the expanded program means a larger chunk of funding that the state must provide to cover its share of Medicaid costs (Medicaid is only partially funded by the federal government; between 2014 and 2022, the federal government ends up paying for $931 billion and the states $73 billion toward the costs of the expanded Medicaid). For some others, we have to question a possible motivation that simply won’t countenance additional federal “welfare” to poor people—and believe you me, an income of 133 percent of the federal poverty level, roughly $30,700 for a family of four, is poverty no matter how you define it.

So the court said the federal government couldn’t bully the states into participating in the expanded coverage by threatening all of their Medicaid funding. Republicans around the country are crowing that their states will opt out against, in the words of the governor of Alabama, Robert Bentley, “an overreach by the federal government that creates more regulation, bureaucracy, and a dramatic increase in costs to taxpayers.”

ProPublica hints at what we think will actually happen. Like the stimulus, when Republican governors huffed and puffed that they would turn down the federal moneys, in the end, nearly all of the stimulus refuseniks accepted the federal dollars, and those that didn’t were generally overruled by their legislatures, even one governor named Sarah Palin. Don’t bet on states telling poor families that middle class people can get coverage under the PPACA, but because of a governor’s ideological pique, they won’t.—Rick Cohen