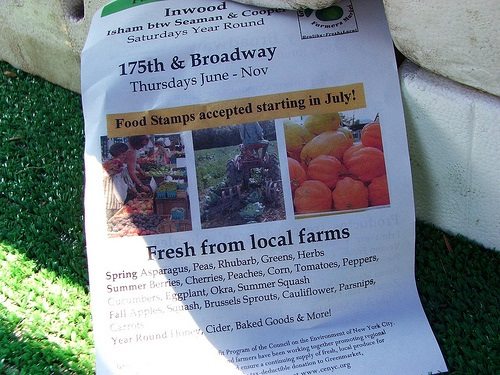 In most states, it will be nonprofits that will count the families that will be receiving lower amounts of food stamps as a result of the expiration of the increase in Supplemental Nutrition Assistance Program benefits, which dates back to the recession, a provision of the American Recovery and Reinvestment Act. There will be those who will guffaw about people they think, based on no information whatsoever, don’t deserve their food stamp benefits or who are scamming the government, but nonprofits that deal with people in need will know all too well what the cut means for the 47.7 million people on food stamps. They will know based on the earlier and lengthier lines at food banks and by the increasing number of children they will encounter who are simply hungry.

The cut is approximately 5 percent, which means that a family of four will have its food stamp allotment reduced by about $36 a month. By state, the total food stamp cuts will be, for example, $193 million in Ohio, $210 million in Georgia, and $220 million in Illinois. Overall, for the coming year, it adds up to a $5 billion reduction in food stamps.

Remember, however, that behind those dollar figures are people who depend on food stamps. According to the Center for Budget and Policy Priorities, the populations that will feel the impact include 1 million elderly people or persons with disabilities in New York State and 2.3 million children in California and Texas.

Particularly interesting are the proportions of the population on food stamps in various states: 22 percent in D.C. and Mississippi, 21 percent in New Mexico and Oregon, and 20 percent in Kentucky, Louisiana, and Tennessee. Ask nonprofits. They’ll know what this means. –Rick Cohen