Unenthusiastic Reviews of Girl Scouts’ New Cookie May Be Karma 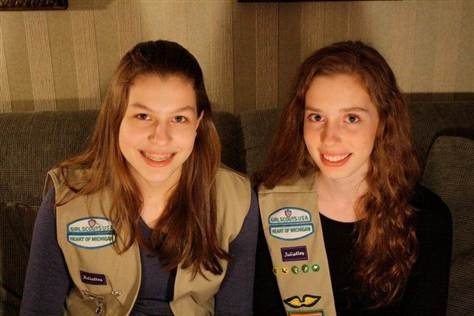 January 10, 2012; Source: Diets in Review | In celebration of its 100th anniversary, the Girl Scouts premiered a new lemony-shortbready cookie this year called “Savannah Smiles.” Unfortunately, it has received less than rave reviews from those who say that it is “not a game changer,” “less than unique,” and “underwhelming”— even “lame.” But perhaps more to the point, it contains palm oil, the ingredient that caused a small rebellion among the troops when two young scouts, Rhiannon Tomtishen and Madison Vorva, discovered that the rainforest was being cleared to make way for palm oil plantations, thus destroying the natural habitat of the orangutan. They discovered this, by the way, in the process of doing a project to earn an environmental badge from the Girl Scouts. The two girls organized a very effective social media campaign to have the palm oil eliminated from Girl Scout Cookies when they were not heard by GS leadership, and the organization finally made some concessions to the scouts’ demands, vowing to switch to sustainable palm oil by 2015. But Tomtishen said in a statement, “Purchasing GreenPalm certificates and working towards segregated, certified sustainable palm oil by 2015 are steps in the right direction. However, the most important part of their policy is the commitment to use palm oil only if there is no alternative. . . . We hope to work closely with the Girl Scouts and experts to find such an alternative.”You can see more about what people thought of the adequacy—or not—of the organization’s response here.

This year, the Girl Scouts clearly missed a chance to make a larger and more definitive statement about the value of their own organization in building the leadership of girls. Maybe the fact that the new cookie is not receiving rave reviews is a bit of karma for not having introduced a cookie devoid of palm oil while making a proud statement in celebration of the achievement of two brave young leaders. I would have bought a ton of Savannah Smiles if they had (and very likely ended up weighing a ton!).—Ruth McCambridge