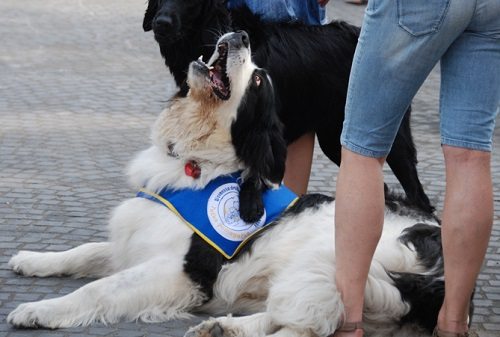 Our new environment of accountability means that people are more readily able to sense whether they are a part of a larger group of people offended by an institution’s behavior. And in this case, a lawyer for the group in question says that that kind of offense can be whipped up.

The James family of Wilton, California like their dog, Bolt, but he is far from the trained service dog they paid $14,000 to acquire from Pawsitive Service Dog Solutions to help their autistic son, Sammy. “Bolt is a very good boy,” said Emily James. “He will always have a home with us. But he’s not a service dog by any means.”

And apparently clients from across the country say that they have had similar or worse experiences with the three-year-old nonprofit, which provides dogs for people with autism and developmental disabilities. They claim they have been defrauded and want refunds. Four of the families have filed a lawsuit against the corporation, which has now filed for bankruptcy, and there are 20 other families that may join in, either because they said they got dogs that were not well trained or because they gave the group money but never received a dog. (In fact, the James family claimed its dog before the training period was done, once word had spread online that the group had filed for bankruptcy and was failing to deliver dogs to those who had paid for them.)

The suit alleges that the group defrauded the families in that it claimed to have trained the dogs at a cost of $25,000 apiece to perform tasks like helping to keep children with their parents, locating children if they wandered away, and “applying pressure” to children when it helps to calm them. Families were asked to pay about half of the cost of training; the dogs were to be carefully matched to the child and support was to have been provided post-placement.

The group’s bankruptcy lawyer says that the suit is the result of a campaign that was started by “one disgruntled person” and snowballed.

The suit asks for an injunction preventing Pawsitive from misrepresentations to the public, but the families are also are calling for state regulatory oversight of the service dog industry “so that families with developmentally disabled children, who already are stressed, don’t fall prey to unscrupulous or incompetent ‘service dog mills’ such as what we’ve seen here.”—Ruth McCambridge