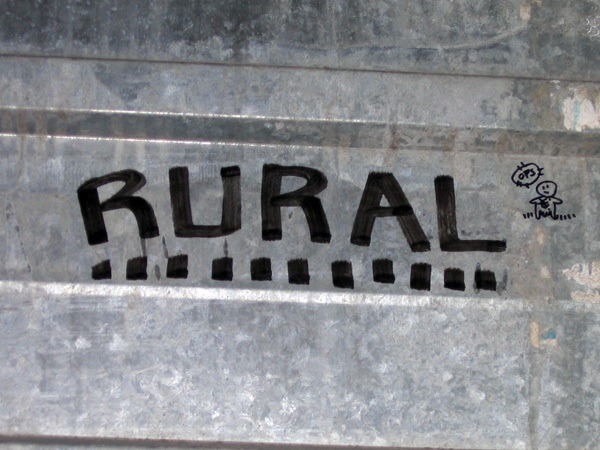 Earlier this month, Agriculture Secretary Tom Vilsack stunned the audience at the National Rural Assembly with his very personal disappointment that rural philanthropic grantmaking by the nation’s foundations had declined over a period of time when overall foundation grantmaking had increased nationwide.

Usually, the press doesn’t talk much about the public policy connections of philanthropy unless it is the announcement of some sort of hyped public-private partnership, like the foundations that have tied into federal initiatives such as the Social Innovation Fund, Promise Neighborhoods, or the Education Department’s Race to the Top and i3 programs. Vilsack’s statement was quite different, a charge that despite whatever projects might be getting funded here or there, philanthropy was seriously shortchanging rural America.

The Gazette, a Cedar Rapids, Iowa newspaper, published an editorial that took notice of the former Iowa governor’s observations about foundations. Written, sources tell us, by Lynda Waddington, who apparently attended the Rural Assembly, the Gazette’s editorial was as straightforward as Vilsack:

Despite the good works provided by a robust network of community foundations, rural areas in Iowa, as elsewhere, struggle to compete for grants and support from most national philanthropic groups…Despite concentrated efforts to turn private not-for-profits’ attention to investments in rural places, the results of such labors have been disappointing… In fact, there has been a decrease in rural investment—even as philanthropic groups have increased giving, overall…There’s a compelling case to be made, as Vilsack and others have publicly asserted, that answers to some of our biggest collective issues—climate change, clean energy and global food security—will be found not in a city center, but farther afield.

The Gazette editorial quoted the widely respected Charles Fluharty, president and CEO of the Rural Policy Research Institute based in Iowa City, commenting on the USDA study that found the trend of rural grants declining and the per capital value of rural grants at half the level of urban grants. “Even the USDA has said that their figures are extremely conservative,” Fluharty said. “In fact, most people in the foundation community believe the percentage of rural giving is between 1 to 3 percent of the total outlays for all national foundations.”

While Vilsack did not specifically reference the 2011 memorandum of understanding signed by the USDA and the Council on Foundations to spur new philanthropic investment in rural, the Gazette editorial did: “The agreement was part of the third and final national philanthropic conference to specifically target rural America. Despite a great deal of optimism following the agreement, foundations haven’t followed through.”

While the editorial outlines some of the impressive efforts that the state of Iowa has undertaken to generate more philanthropic giving through community foundations and through the disbursement of casino tax revenues, the issue still comes down to the role of national foundations. It concludes, “more must be done to educate national grantmaking organizations that rural areas not only matter, but also can be unique and critical partners in solving today’s most urgent issues…The message local nonprofits need to spread, and national philanthropic groups must hear, is that our rural areas are keepers of opportunities with widespread positive potential. Let’s get to work.”

That takes the discussion back to the national level, and specifically to the foundation trade association, the Council on Foundations, that signed the 2011 memorandum of understanding with Vilsack and the USDA with great self-congratulatory fanfare. Since that time, there has been a turnover of leadership at the Council, from Steve Gunderson, a former Republican member of Congress who had represented a rural area of Wisconsin, to Vikki Spruill, who came to the Council from the Ocean Conservancy and had headed FoundationWorks and the Philanthropic Awareness Initiative, both efforts to improve foundations’ strategic communications and outreach. How might the Council on Foundations respond to the Vilsack critique?

If it were up to us, we would hope to see the following from the Council:

“Yes, Secretary Vilsack, you’re right. Despite several conferences and shiny publications, philanthropy is still selling rural America short. And beyond that, with multiple issues on foundations’ plates, rural philanthropy may well have slipped off the center of the radar screens. But we can do better and we will, because we agree with you about what rural America not only needs, but merits as support and investment from foundations. As a trade association, we cannot tell and direct our less than 2,000 members, much less the tens of thousands of foundations that are not members, about how they must use and prioritize their grantmaking. But we can be much better advocates for—and with—rural America to raise the visibility and importance of rural in the views of foundations that don’t think much of rural, but should. As a learning network, we can pledge to use our members to surface and promote the best ideas they have in providing grants to rural communities for housing, economic development, environmental protection, land conservation, renewable energy, and sustainable food production. We can raise the visibility of these grants as well as initiatives that promote regional rural philanthropy such as Colorado’s Rural Philanthropy Days which have yielded foundations making demonstrably new and larger grant commitments to rural communities. And we can invest in foundation affinity groups—rural foundation task forces or funding collaboratives—that will carry the message of the importance, relevance, and potential national societal impact of rural grantmaking. Yes, Secretary Vilsack, philanthropy’s attention to rural America hasn’t been what it should have been, not to mention what the Council hoped it would be after we signed that memorandum of understanding with the Department of Agriculture in 2011. But we pledge that going forward, the energies and commitment of the Council on Foundation will include making rural grantmaking a high priority and ensuring that it will not again slip off the radar screen of national philanthropy.”

Despite Vilsack’s statement and despite coverage in the Gazette, it doesn’t seem to be the case that the foundation community has taken note and responded.  It should.  Whatever one thinks of the Obama Administration’s rural development policies, there is little question that Tom Vilsack has been a dedicated advocate for rural America.  When he departs as a new administration comes in after 2016, a decent, caring, authentic man will have left the helm of the federal government’s rural development bureaucracy.  He deserves a better response from foundations than studied silence.—Rick Cohen