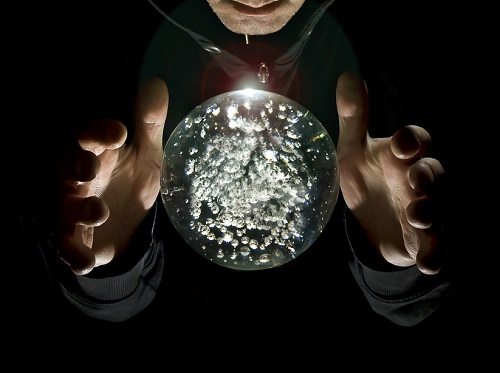 The Nonprofit Sector in Brief 2014 report released by the Urban Institute this month will make those careful observers among you pat yourselves on the back for knowing what gives even before we get to the data. The report provides us with the macro numbers in all of the subsectors of the nonprofit economy for 2002 through 2012, but then breaks them up into two periods: the glory days of 2002–2007 and the deep recession days of 2007–2012. Looking at Table 4 from the report tells the story itself. Generally, there was growth in the 2002–2007 period, followed by decline between 2007 and 2012, with some outlier subsectors. 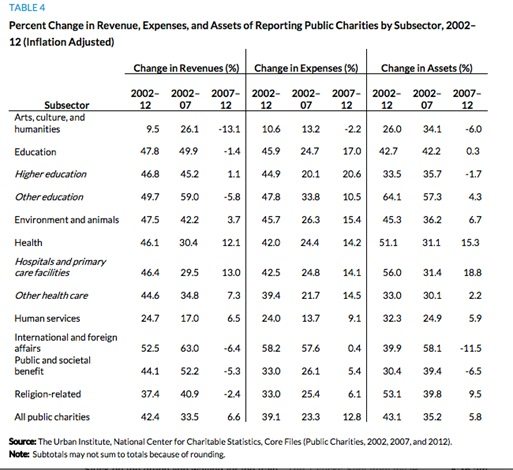 Yesterday, I penned a short newswire about the numbers for the arts sector in particular because its tumble was in some ways the most excruciating to see. Arts organizations took the biggest hit, proportionately, on revenue. Remarkably, arts, culture, and humanities was the only subsector to cut expenses, and it also sustained the most organizational losses during the recession—that is, it showed the biggest reduction in numbers of organizations, plummeting from 37,867 in 2007 to 28,482 in 2012. All categories of organizations lost numbers during that period, since it included the “great IRS purge,” but no other category approached the high proportion among arts, culture, and humanities (see Table 3). 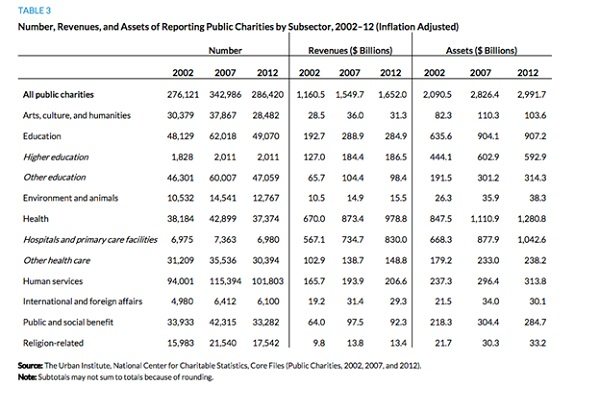 The highest asset loss was in international affairs, at -11.5%, but it did not experience much of a decline in organizational numbers.

The health subsector clearly had the least trouble on its surface with double-digit gains in assets, even over the recessionary period (2007–2012) when four of the subsectors (including the arts) saw asset losses. We can assume that the growth in health assets is related to investment in health in the run-up to the implementation of the ACA. Hospitals and primary care facilities made the most gains, with asset growth of 18.8%. Over this period, revenue gains for health continued at a steady pace even through the recession. This doesn’t come as a big surprise, since the Giving USA report for 2013 also noted a dramatic increase in health philanthropy. The charitable giving to health organizations was unusual in their view because most often, an issue that is getting a lot of attention and investment from government gets less charitable money. Increases in both realms could have been assumed to show these kinds of results.

Similarly, education saw revenue gains through the recession generally, although higher education saw some losses. Education revenues were $90 billion higher in 2012 than in 2002.

This report may well have some predictive data. For instance, the fact that the relatively large “eds and meds” made it through the recession without losing—in fact, building—capacity means their ability to systematically raise funds in the recovery will be well ahead of organizations that may have lost some capacity. We’ll see.

We found little in this data that surprised us, but a lot that everyone in the sector needs to understand. We would love to have you, our readers, pull out your own observations from the report and post them below.