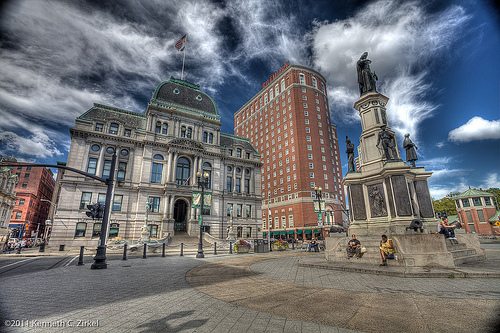 Rhode Island’s politics are as famous as New Jersey’s, and local politics can be very important to an agency’s survival, especially when political players control a critical asset.

The Urban League of Rhode Island headquarters is located at 246 Prairie Avenue in Providence—at least for now. The organization, which has a current budget of $400,000, has approximately $2.2 million of debt, and Dennis Langley, the organization’s president, has a plan to resolve that situation that includes the sale of the building to a developer for $2.6 million to construct a medical facility.

The only problem is that the building in question, which is assessed at $4.1 million, was sold to the Urban League for one dollar in 1990 with the caveat that the city would get it back if the organization moved out.

Providence’s city council and its mayor, Angel Taveras, are not moving quickly to resolve the issue, saying that they need to look carefully at the Urban League’s finances.

But the picture is further muddled by other things that smack of unstable organizational aid and political “complications.” Last month, for instance, Rhode Island Housing fired Gayle A. Corrigan, deputy director at the state housing agency, after she urged a criminal investigation into possible irregularities at the Urban League involving federal funds. She asserted that the Urban League which runs Safe Haven, a shelter in Pawtucket that serves homeless people with mental illness and substance abuse issues, had not paid staff in months and that the shelter building had neither heat nor hot water. Corrigan had only been in the position for seven months and had received glowing reviews and a salary increase in that time.

Some are placing responsibility for the organization’s current state directly at the feet of executive director Langley. One former Urban League board member, Raymond Watson, is quoted as saying, “The leadership’s only plan is to sell a building that was acquired—prior to current leadership—for $1…. That’s not even the matter—it’s more of a matter of covering up mismanagement.”

Langley states that many nonprofits in Rhode Island have similar budgetary issues and claims that the City of Providence is playing politics with the League, even upping the ante with, “I met with representatives with the mayor’s office, who told me in no uncertain terms, ‘Why should we help you, when you have a council member on your payroll who opposed our budget?’…They had their beef. I told them we need to grow up, I said we needed to start acting as adults here.”

It is true that many organizations are looking at this time to rehouse themselves to bring costs into line with revenue, but the Urban League looks like it faces an uphill battle to carry off this particular deal.—Ruth McCambridge