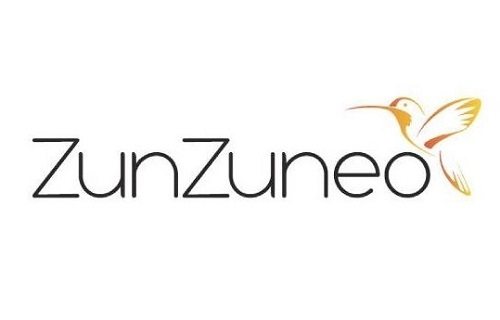 When is humanitarian aid from the U.S. a cover for espionage? And should the U.S. agency in charge of humanitarian aid ever be a conduit for spying? Those are the questions being raised in Congressional hearings investigating the U.S. Agency for International Development (USAID) about its involvement in a social media program in Cuba designed to undermine the Cuban government.

Simply put, the program was to create a “Cuban Twitter” called ZunZuneo (operational from roughly 2010 to 2012) that would allow Cubans to use cellphone text messaging to circumvent Cuban government restrictions on the Internet. Although created and funded through USAID, ZunZuneo subscribers were not to know that the network had been created by the U.S. government, nor to know that USAID contractors were collecting subscribers’ private data. Initially, it would be used for non-controversial, non-political content, but when the network reached a critical mass, the U.S. contractors running the network would introduce political content aimed to foment a “Cuban spring,” or in the words of a USAID memo, to “renegotiate the balance of power between the state and society.”

At Tuesday’s hearing, USAID administrator Rajiv Shah twisted and turned as even friendly legislators took him and the program apart, with Senator Pat Leahy (D-VT) calling it “dumb, dumb, dumb.”

Here are the questions it raises about humanitarian aid and the U.S. government.

In the wake of the NSA scandal regarding the misuse of governmental powers and the subsequent testimony of NSA executives denying—and lying—about the program, can USAID be trusted?

The self-proclaimed most transparent administration in history is most assuredly not, but it has a problem not only with disclosure, but with telling the truth. Director of National Intelligence James Clapper’s straightforward denial that the NSA was monitoring Americans’ telephone calls is now a public joke, but does that differ much from USAID administrator Rajiv Shah’s assertion that the agency had fully informed Congress of the cockamamie project? In charge of oversight of USAID’s budget, Senator Leahy denied that he or any member of Congress had been informed and briefed. White House press secretary Jay Carney’s affirmations that the program had been entirely transparent are, unfortunately for the former TIME reporter, completely unbelievable. The much savvier Hillary Clinton, who was Secretary of State during the life and death of ZunZuneo, actually revealed in her speeches how thin the U.S. commitment was to protecting the privacy of users of products such as this Cuban Twitter: Writing for The Atlantic, Robinson Meyer smartly noted that Secretary Clinton’s frequent speeches “dwelled on freedom of expression but not freedom from surveillance, and now—following the NSA revelations—we have a good idea why.”

Are parts of the Obama administration getting “dumb and dumber”?

When steadfast Democratic Senator Leahy repeats the adjective “dumb” to characterize the program, it isn’t the U.S. government’s shining moment. The entire incident seems to be something that Chevy Chase and Dan Aykroyd would have concocted in Spies Like Us. The story of how ZunZuneo got started, reached 40,000 subscribers, and then began suffering service outages until it finally went dark in 2012 without notice makes the worst nonprofit IT operation look good. As the initial big money from the U.S. government began to wind down, the contractors behind ZunZuneo realized that they had no strategy for keeping the network alive; there was no point to trying to generate ad revenue in a socialist country, and with “no clear monetization strategy…they were the first to panic and look for an exit,” according to Robinson. The Chase/Aykroyd part of the story is this:

“Who did ZunZuneo benefit most of all, eventually? Cubacel: The Cuban government’s state-run mobile monopoly, which owned the physical infrastructure through which ZunZuneo messages traveled. USAID, in trying to harass the Cuban government, wound up financially supporting it.”

How did that happen? To reach Cuban subscribers, ZunZuneo had to pay Cubacel plenty in text-messaging fees routed through front companies and foreign banks.

You have to wonder who might think that ZunZuneo was a good idea. Leahy burned State and USAID for this program:

“What they were trying to do here makes me think of people I somehow think are there still at the State Department and writing memos that they were writing back to President Eisenhower. You know, ‘If we just stay tough, those Castro brothers will be out of there any day now.’ They’ve been saying that for 60 years. This—this made no sense at all. I was not briefed. I know of nobody who was briefed on this. I think most people would say, ‘Are you out of your mind?’ This is not a program USAID should be involved with. And, you know, for one thing, it accomplished practically nothing.”

The more one pokes into the ZunZuneo travesty, the stupider the behavior. Apparently, for example, USAID or its ZunZuneo contractors (the Washington, D.C.-based Creative Associates and the New York-based Mobile Accord) hired writers to come up with witty tweets to post. Among the messages penned by a Cuban-born satirist recruited to write for ZunZuneo (though he was never told that it was a U.S. government operation) were these:

• “54% of Americans think Michael Jackson is alive and 86% of Cubans think Fidel Castro is dead.”

• “Fidel Castro Ruz’s nails are cut after fifty-one years. They will be donated in Formal Ceremony to the Museum of Manicurevolution.”

• “Latest: Cuban dies of electrical shock from laptop. ‘I told you so,’ declares a satisfied Ramiro. ‘Those machines are weapons of the enemy!’” (Note: “Ramiro” is Ramiro Valdez, a former Cuban communications minister)

• “Hot news! Latest!: Cuba YES, laptops NO! Ramiro, firm: ‘We are too old and revolutionary for that, dude, the cellphone is enough for us!’”

Can U.S. humanitarian assistance be trusted by contractors and recipients if the sponsoring agency, USAID, is functioning as a willing provider of cover for undermining unfriendly regimes?

Even supporters of the program questioned the logic—or lack of logic—for running this program through USAID. “Not to say that that is an important mission, but why would we put that mission in USAID?” Senator Mike Johanns (R-NE) asked. “Why wouldn’t you look at some other part of the federal government to place that mission? To me, it seems crazy. It just seems crazy that you would be in the middle of that.”

That’s the obvious point. Under Shah, USAID has allowed its humanitarian aid reputation to be used as a cover for covert spying and regime change. Creative Associates and Mobile Accord are for-profit contractors of USAID, but USAID’s ZunZuneo program puts nonprofit contractors at risk, too. With this dopey program, people around the world can look at USAID programs and the NGOs that implement them and wonder whether they are legitimate or simply covers for CIA-like spies.

In front of Congress and facing withering, angry criticism from Leahy, Shah denied knowing who had come up with the program and suggested that it had been crafted before he got to the agency, an unfortunate tendency of Obama appointees to excuse their behavior by saying that they were only doing what their Bush administration predecessors had done. Assume, hypothetically, that even might be true. Why would Shah, a former executive at the Bill & Melinda Gates Foundation, have continued a program of USAID sponsorship of political espionage instead of immediately shutting it down? Wouldn’t he have seen the risk to legitimate humanitarian and development aid deliverers, to their staff in unstable and often hostile countries, if they might be suspected of being conveyors of spying rather than aid?

Leahy’s increasingly frustrated attempts to figure out who devised this program elicited these answers from Shah:

SHAH: “I, I, well, first let me say, and I think this is important, sir, and I greatly respect your point of view. But that AP story had a number of critical inaccuracies.”

LEAHY: “I’ll put that in the record, both your response to the AP story and the AP story…Having said that, do you know whose idea it was?”

SHAH: “I do not specifically. But I will say this, that working on creating platforms to improve communication, in Cuba and in many other parts of the world, is a core part of what USAID has done for some time and continues to do.”

The damage that ZunZuneo and Shah have done to USAID’s programs of humanitarian aid and to the NGOs contracted to deliver that aid is huge. The Obama administration needs to take important steps right now to put USAID back on the right track. The first step in this case would be that USAID administrator Rajiv Shah has to go.

[Disclosure: The author has known and knows people who have worked at Creative Associates, but none to his knowledge who were directly involved in the USAID contract involving the ZunZuneo scandal.]