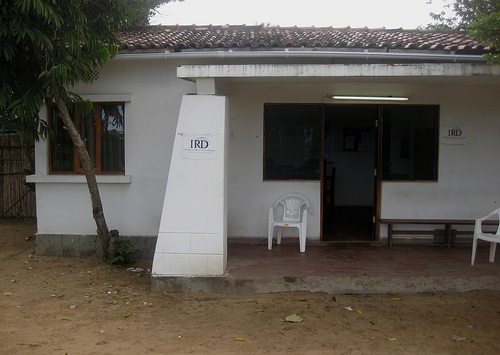 Saying that there was evidence that the firm had misspent government aid funding, USAID has suspended the Arlington, Virginia-based nonprofit, International Relief and Development, from future contracts, at least for the time being. In an examination of contracts awarded to IRD since 2006, USAID found “serious misconduct in IRD’s performance, management, internal controls and present responsibility.” The agency didn’t release specifics regarding the alleged mismanagement of federal funds.

This is noteworthy because IRD has been among the largest USAID contractors to this point and, by most accounts, the largest in delivering U.S. humanitarian aid in Iraq and Afghanistan. To its credit, USAID under the Obama administration has been much more diligent than in previous years in suspending contractors that violate the rules, issuing 25 times more suspensions since 2011 than the agency did between 2003 and 2007.

The suspension of IRD didn’t come as a huge shock. The Washington Post had published a thorough and devastating critique of IRD’s performance. The Post’s investigative series was stunning and powerful, with plenty of eyebrow-popping revelations:

There is plenty more in the details about IRD, but the story is bigger and broader in a number of ways.

“IRD is a nonprofit in name only,” observed John E. Bennett, a former career State Department official and ambassador who knew IRD in the field. “They built an organization designed to get USAID money.” That, unfortunately, is what many USAID contractors are built for, particularly as they recruit high-level staff from USAID to serve as paid “senior advisors.” But again, the issue of the confidentiality agreements wasn’t acted upon until Senators Tom Coburn (R-OK) and Charles Grassley (R-IA) wrote after the Washington Post reports to complain about the agreements. Even this action by USAID suspending IRD seems to have occurred in the wake of a letter from Senator Bob Corker (R-TN) asking why IRD was still eligible for contract awards despite these allegations of wrongdoing.

The ultimate problem isn’t just IRD’s alone. It’s like all instances of nonprofit wrongdoing. When one group does something that gets itself rightfully hoisted by its petard, even if few or no other nonprofits are doing anything similar, the damage to the nonprofit sector’s reputation and trustworthiness is palpable and hard to erase. In this case, IRD’s long-awaited punishment may exact a toll on other, legitimate, competent, honest NGOs in the international aid community. Hopefully, USAID will make it plain that it is dedicated to rooting out other IRD lookalikes in order to undergird the credibility of the many NGOs that are doing their work honestly and accountably.—Rick Cohen