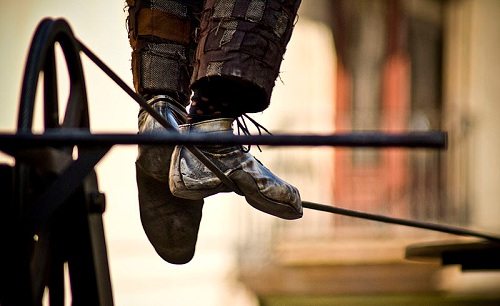 In a discussion of the U.S. Agency for International Development, the Economist has asked whom is actually being helped. The U.S. program of food aid was called out as one area in need of reform. For example, Congress requires that half of U.S. food aid must be carried on ships bearing the American flag—not the cheapest on the high seas—meaning that ocean shipping costs consume 16 percent of the budget of the Food for Peace program. In addition, about 30 percent of Food for Peace food is given to NGOs overseas, who sell the food on local markets and ostensibly use the proceeds for other charitable programs. But the Government Accountability Office (GAO) says that that process—monetization—wastes about 25 percent of those dollars.

In USAID’s reform plans, the monetization program would be terminated and some portion of Food for Peace would be given in the form of dollars or vouchers to buy food on local markets, rather than inundating fragile local agricultural markets with U.S. farm products. That would also bypass the time and cost of ocean shipping. To mollify American business interests, the White House proposes that more than half of the Food for Peace dollars would still be used to buy and transport American farm goods, and plans to offer shippers transitional money to assuage the transition to lower shipping volumes.

One would think that these money-saving, efficiency-generating proposals of the Obama White House would be winning arguments with a revenue- and spending-conscious Congress, but The Economist suggests that farm-state interests might fight back, regardless of the fiscal rationality involved.

Though a tiny proportion of the federal budget, the USAID budget takes its requisite share of the sequestration cuts, with the biggest impacts in USAID’s health assistance, cutting about $400 million, and humanitarian aid, losing around $200 million. Although he acknowledges that private sources cannot make up for all of the aid funds USAID will lose, Raj Kumar, the president of Devex, suggests that “one bright spot in the aid picture,” according to the Voice of America, “is the increasing role of private philanthropies, like the Bill and Melinda Gates Foundation” and corporations becoming involved in development aid “in communities where they do business and want people to be able to afford their products.” USAID chief Rajiv Shah also touts public-private partnerships as a necessary strategy for the agency, which faces an additional six-percent budget cut in President Obama’s FY2014 budget proposals.

Under Shah, the agency has been actively cultivating relationships with corporate partners. For example, this month USAID announced the Libya Diaspora Marketplace program in conjunction with its cosponsor, Western Union, for “supporting entrepreneurs who are U.S. citizens or permanent resident members of the Libyan diaspora community.” Nike partnered with USAID in the LAUNCH program “to seek out visionaries whose ideas and technologies can create a more sustainable world.” In USAID’s Global Development Alliance, there are 1,700 corporations, including Microsoft, Starbucks, and Coca-Cola, who are involved in partnerships with USAID “to develop a business enabling environment” through “business-minded, market-driven approaches.”

It is a difficult quandary for USAID. On one hand, using U.S. foreign aid to generate or guarantee business interests, such as elements of the pre-reform Food for Peace program, is an inefficient strategy that sometimes undermines the credibility of U.S. assistance. On the other hand, in the face of persistent budget cuts, USAID logically turns to private sector partners that can play productive roles in promoting development assistance priorities, but based on a tradeoff for promoting U.S. business interests and market ideologies. USAID’s latitude for reform may be limited by simple economics and not getting enough money from the federal budget.—Rick Cohen