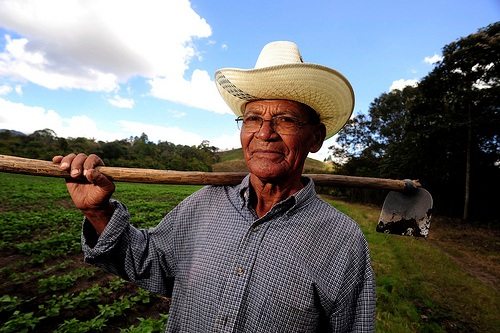 The U.S. Department of Agriculture (USDA) has a history of discrimination against black farmers (an issue the NPQ Newswire and the Cohen Report have covered many times, including here, here and here). As with the black farmers, nonprofits have been central to the efforts to get the USDA to wake up to its history of discrimination against Latinos, notably the Farmers Legal Action Group and the National Agricultural Law Center. The USDA program of compensation to Latino farmers includes as much as $1.3 billion in cash awards and tax relief plus $160 million in farm debt relief.

If you think, as unfortunately some do, that this is just a bunch of minorities trying to cash in on government money, read about the plaintiff in Garcia v. Vilsack—Lupe Garcia, a third generation farmer in Dona Ana County, New Mexico. The settlement for Latinos also includes money for women farmers who have also faced discrimination at the hands of USDA bureaucrats when applying for government assistance. The women farmers’ case is Love v. Vilsack.

Documented histories of racial and gender discrimination don’t move some people. An op-ed by libertarian James Bovard in the Wall Street Journal opened with this perspective on the USDA program of compensation for Latino and women farmers: “Are you a woman or a Hispanic who planted a backyard garden between 1981 and 2000? Did you ever dream of asking for a loan for help growing more? If so, you might be a victim of discrimination and entitled to a $50,000 payout from the U.S. Department of Agriculture.”

Not long afterward, “Fox & Friends” co-host Steve Doocy introduced a segment on the USDA program with this uncredited statement: “Are you a woman or Hispanic who planted a garden between the years of 1981 and 2000? Did you dream of asking for a loan to grow your garden but you didn’t get a loan to grow a garden? If so, you could be a victim of discrimination and entitled to $50,000. That sounds crazy, right? It’s not. People will actually wind up with money.”

Our concern isn’t that Doocy lifted his stuff, virtually word for word, from Bovard’s op-ed without citation, though in the world of journalism, that’s plagiarism at worst and not very nice at best. Rather, we are concerned with his presentation of opinion in a way that viewers would see as fact. Nonprofit efforts to redress decade upon decade of USDA discrimination against blacks, Latinos, and women are a major contribution in this nation’s civil rights history. We hope that nonprofits are getting word of the USDA program out to Latinos and women in rural areas and helping counter the disinformation that minimizes the importance of what these civil rights cases have achieved. —Rick Cohen