VA Benefits and Services at Increased Risk as Shutdown Extends 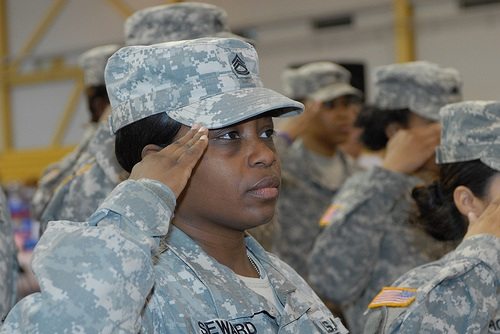 One of the few areas of federal government operations that has been largely protected from the sequester has been spending on veterans through the Department of Veterans Affairs. While most discretionary government programs have been sliced and diced under sequestration, the VA has seen some programs actually grow, such as the Supportive Services for Veterans Families (SSVF) program. The VA needed the funding and flexibility, as nonprofits and veterans decried huge backlogs in VA benefits processing during the Obama years of rapid drawdowns of Iraq and Afghanistan veterans.

Held harmless from much of the sequester, the VA isn’t quite so lucky under the government shutdown. According to VA sources, the department’s money for veterans pension and compensation claims and for education and vocational rehab programs will start to run out in late October. It is difficult to conceive of the shutdown going on for that long, but the lack of movement at this moment in Congress, even with the debt ceiling crisis looming, doesn’t make an extended shutdown inconceivable.

While the VA is according to many sources making headway with its backlog of veterans’ benefits claims, it still reported as of late September 725,469 cases pending, more than half for over 125 days.

The nonprofit Iraq and Afghanistan Veterans of America (IAVA) has produced a VA shutdown FAQ, relying on information from the VA’s own shutdown plan. Among the unaffected parts are the VA hospitals, which are funded one year in advance, and prescription drug phone lines, veterans’ crisis lines, and VA home loan processing. However, the VA has shut call centers and hotlines for education and consumer affairs, closed the VA Inspector General’s hotline, ended overtime for claims processors working through the backlog, and for the moment suspended decision-making on claims appeals.

The VA is reportedly trying to reserve money that could be used for veterans’ benefits if the shutdown lingers, but it is unclear as to how much and for what purposes. Many veterans depend on VA checks due to disabilities incurred in action and frequently do not have other resources to turn to should the VA not be able to deliver.

Basic survival resources for veterans are jeopardized by the shutdown. Also at risk are program moneys used by nonprofits such as Swords to Plowshares for transitional and permanent housing for veterans. Swords even depends on AmeriCorps stipended volunteers to deliver some of its program services, but the organization’s AmeriCorps-funded staff, such as 29-year-old former Marine sergeant Kevin Miller, with his three tours of Middle East duty under his belt, aren’t being paid at the moment.

Welcome home, Iraq and Afghanistan war veterans! Unfortunately, for the moment, it looks like that despite its best efforts, the Department of Veterans Affairs might not be able to deliver the assistance that you think you’ve been promised.—Rick Cohen