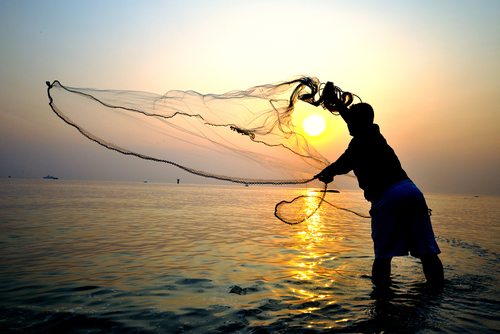 There are many ways of saying, “fish or cut bait.” That would be the message of many nonprofits in response to the FY 2014 budget released by the Senate Budget Committee yesterday, titled “Foundation for Growth: Restoring the Promise of American Opportunity.” As expected, conservative think tanks such as the Heritage Foundation issued their instant denunciations of the plan. More liberal columnists didn’t particularly gush over the Democratic plan, however; see, for example, the thoughtful analysis by the Washington Post’s Ezra Klein.

Let’s get to the chase for nonprofits. Like the Republican budget offered by Rep. Paul Ryan (R-Wisc.), the Senate budget contains lots of gaps waiting to be filled. Of importance to nonprofits, the Senate budget calls for “deficit reduction of $975 billion to be achieved by eliminating loopholes and cutting unfair and inefficient spending in the tax code for the wealthiest Americans and biggest corporations.” Specifics? None. The Senate Budget Committee punts to the Senate Finance Committee due to its jurisdiction over tax legislation.

Nonetheless, the Democrats’ budget report then offers this less than helpful suggestion:

“One potential approach is an across‐the‐board limit on tax expenditures claimed by high‐income taxpayers (specifically, the top two percent of income earners). This could take the form of a limit on the rate at which itemized deductions and certain other tax preferences can reduce one’s tax liability, a limit on the value of tax preferences based on a certain percentage of a taxpayer’s income, or a specific dollar cap on the amount of allowable deductions. In assessing any such across‐the‐board limit, Congress should consider the extent to which each proposal would retain a marginal tax incentive to engage in the affected activities and investments.”

Let’s parse what the Committee has done:

In other words, the Senate budget proposal weighs in on this point with a perspective that is wrong, vague, confusing, and insufficient. Wasn’t there anyone in the Senate Budget Committee willing to take a stand to say that he or she favors closing this or that loophole? Wasn’t there anyone willing to recommend something specific about the charitable deduction? It brings to mind the fireman in Philip Roth’s Goodbye Columbus, who told a character on the edge of the roof, “Look Oscar, if you’re gonna jump, jump—and if you’re not gonna jump, don’t jump.  But don’t waste our time, willya?”—Rick Cohen