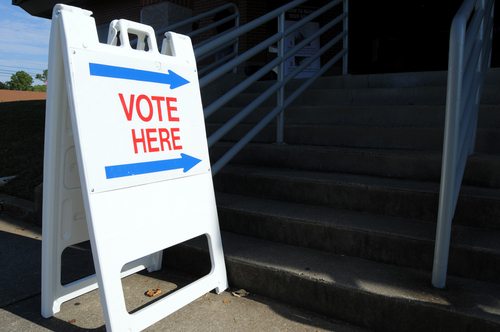 The Leadership Conference on Civil Rights, the NAACP, and the American Civil Liberties Union are among the coterie of U.S. nonprofits that has met with an international body, the Organization for Security and Cooperation in Europe (OSCE), about potential voter suppression efforts in the U.S. The OSCE, of which the U.S. is a member, will be sending 44 observers to monitor this year’s vote. A Tea Party-inspired organization that the NPQ Newswire has previously written about, True the Vote, has expressed objection to OSCE’s role. OSCE is a United Nations partner, but True the Vote founder Catherine Engelbrecht says that the “United Nations has no jurisdiction over American elections.”

It is a little difficult to understand True the Vote’s objection. An OSCE spokesperson explained both the breadth and limits of the group’s 44-person election team: “They [will] observe the overall election process, not just the ballot casting,” explained Giovanna Maiola, spokeswoman for OSCE. “They are focusing on a number of areas on the state level, including the legal system, election administration, the campaign, the campaign financing [and] new voting technologies used in the different states.”

True the Vote has aimed to place as many as 1,000,000 poll watchers at election sites on November 6th, more than a match for 44 OSCE monitors and certainly outnumbering the few hundred lawyers the AFL-CIO will be sending or the 3,000 poll watchers to be placed by the Advancement Project to protect voters from harassment. In any case, the OSCE role seems to be broader than keeping track of Engelbrecht’s legions. According to an OSCE news release, the team will even monitor the American media. Good luck to them!

True’s immediate rejection of any international jurisdiction in U.S. elections is odd in that OSCE didn’t claim jurisdiction over anything. OSCE states that it is just observing, as it has done in various U.S. elections since 2002. It seems to be a little bit of a knee-jerk reaction, this automatic rejection of those pesky foreigners sticking their noses into the U.S. electoral system.

Be that as it may, there is an odd dimension to the OSCE presence. Bolton’s article in The Hill suggests that the observer teams might include people from Germany, France, Serbia, Belarus, Ukraine, Kazakhstan, and other OSCE-member countries. Some of these countries are seen by many as less than paragons of electoral virtue. The Ukraine, for example, is the subject of a recent report on the OSCE website, with commentary about “widespread allegations” of abuse in recent parliamentary elections (as a side note of interest to NPQ readers, some of the allegations involve “the activity of charity organizations, which are closely linked to certain candidates and distribute material benefits or services to voters”). Writing for OpenDemocracy.net, Sergii Leshchenko writes that while the Orange revolution was ignited in the wake of charges of vote rigging, the “forthcoming Ukrainian parliamentary elections already represent a significant step backwards from the democratic gains of the Orange revolution” and he fears that the vote will be rigged when the Ukraine votes on Sunday.

Other OSCE members don’t fare particularly well on a democracy litmus test, either. In the German press, for example, Der Spiegel declared the recent parliamentary elections in Belarus a “sham” due to “claims of widespread fraud” in support of authoritarian president Alexander Lukashenko, whose country is sometimes called “Europe’s last dictatorship.” On Kazakhstan, OSCE’s own monitoring team found this year’s parliamentary elections falling short of meeting the “fundamental principles of democratic elections,” in part due to “serious restrictions on citizens’ electoral rights.”

True the Vote’s objection might be based on concerns about having U.S. elections monitored by observers that haven’t scored well on the electoral democracy continuum themselves, but Bolton’s article doesn’t describe Engelbrecht as being quite that specific. If True the Vote were defending a true democratic electoral process, it might welcome the participation of people from Belarus, the Ukraine, and Kazakhstan to learn from American elections. But as critics claim that True the Vote’s concern with the enforcement of state voter ID laws may actually be smokescreen for a desire to deter voters, the organization might be afraid to have its million poll watchers seen or characterized as something akin to voter intimidation thugs in countries like the Ukraine or Belarus. –Rick Cohen