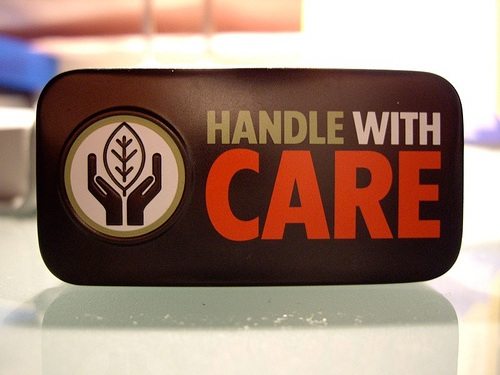 Sometimes, it might be good to rethink what you think is funny. That doesn’t mean one should be boringly politically correct about everything, but some “humorous” bits reveal sentiments you might not want to be associated with. Case in point: an ad run by the NeighborWorks housing nonprofit serving Addison, Bennington and Rutland counties in Vermont. Using a local comedian speaking with a fake Indian accent, the online video ad told viewers that calls to the NeighborWorks HEAT Squad weatherization service would be answered by a local person named Lori rather than an Indian named Rajiv at some far away call center.

After a little storm of protest, Lucy Biddle, the executive director of the nonprofit, said that the ad had been taken down. In an e-mail, she explained, “We heard today that our ad promoting the HEAT Squad was offensive to some people…As a helping agency we do not EVER want to offend anyone so we have taken the ad down and offer our sincere apologies for causing any discomfort at all.” Heard? How about, we now know that the ad was inappropriate, offensive, and racist, regardless of whether some people found it funny.

State Rep. Suzi Wizowaty of Burlington said, “It took my breath away…I was shocked at the implication that the only person you would want to talk to on the telephone was a white Vermonter.” State Rep. Kesha Ram, also of Burlington, noted that “there are many Vermont residents and visitors of South Asian descent that would find this alienating and insulting. Perhaps comedians don’t mind being offensive, but a community organization in Vermont should.” Vermont is 94.2 percent non-Hispanic white and only 1.4 percent Asian. States and localities that are so lopsided have a special obligation to reach out to minority populations and to avoid reinforcing their all-white demographic as “the norm.”

But rather than singling NeighborWorks out, let’s note that this nation – even sometimes at the highest levels of government – has made Indians a special target as of late. Due to the technical training offered the large Indian workforce and the nation’s educational system, which teaches English, India has been a hub for outsourcing service jobs. This has led to sneering references to Indians “stealing American jobs” and all-too-frequent bad imitations of Indian accents heard on calls to service centers. It may be increasingly understood that disparaging and stereotyping blacks and Latinos is not good or smart, but the economic climate has made stereotypes of Indians all too common. NeighborWorks made a big mistake, but it is a mistake that has roots in this nation’s current political and racial dynamic, and that isn’t good. —Rick Cohen