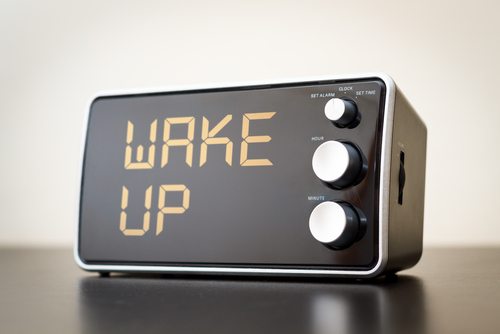 The alarm clock should be ringing in the offices of America’s nonprofits. The budget deal announced by Senators Harry Reid (D-NV) and Mitch McConnell (R-KY) passed by the Senate and the House yesterday will reopen the government for operations and escape the calamity that might have resulted from hitting the debt ceiling, but for the moment, it leaves the automatic, across-the-board budget cuts approved last year by both parties—the sequester—untouched.

As NPQ reported yesterday, discussions about altering the sequester’s meat-axe approach to the budget foundered over the weekend as the Senate’s overall plan seemed to come undone. But as hapless Speaker John Boehner discovered that he couldn’t rally his colleagues in the House to agree to anything and as Sen. Ted Cruz (R-TX) seemed to fade into irrelevance, the onus for a deal shifted to Reid and McConnell.

With the Republican Tea Party wing largely isolated and abandoned, Democrats felt a bit juiced and raised negotiating issues that they could stick into the short-term deal. One idea was, according to the Federal Times, to give federal agency heads the latitude to figure out how they would allocate spending cuts under the sequester, rather than being forced to lop an equal percentage from each program line. Although we haven’t seen the text of the Reid-McConnell agreement as of this writing, that idea seems to have been dropped.

Notice, however, that the budget discussion was around intra-departmental flexibility to deal with the sequester, not ending or rolling back the cuts themselves. “We are not asking to change those [spending cap] numbers,” Reid said. “We agreed to those numbers. We voted to approve those numbers, but they won’t even allow flexibility to allow the Department of Defense to shift that money around.”

Notice also that Reid’s concern—reflecting the longtime concerns of Republicans John McCain (R-AZ) and Lindsay Graham (R-SC)—was about the Pentagon, not about the vast array of domestic programs, including vital social safety net programs, of concern to nonprofits trying to meet the needs of vulnerable populations in their communities. As the Washington Post’s Walter Pincus put it, “House and Senate lawmakers reacted this year to the sequester’s impact on defense spending, but did little about domestic programs. Democrats talked about domestic impact, but they acted on defense.”

Based on the timing of the sequester as opposed to the fiscal year, the second year of cuts wouldn’t kick in until January 15th, which is the expiration date of the Reid-McConnell budget deal (the deal on the debt ceiling runs until February 7th). The Democrats appear to believe that between now and that date, there would be negotiations to restructure or replace the sequestration cuts. “Open up the government immediately for a period of time before the sequester hits and then have serious discussions where we might be able to undo the sequester,” Sen. Chuck Schumer (D-NY) explained. “I’m optimistic that could work.”

So now the debate is back into an arena in which nonprofits should be gladiators. According to Suzy Khimm, writing for MSNBC, “Democrats are using their upper hand in the shutdown fight to get a better deal from Republicans on across-the-board sequester cuts that took effect last year.” But Khimm remarks that the dynamic leading up to this budget deal is “a reminder of just how little progress Democrats have made in their fight against sequestration—and how much Republicans have succeeded in making spending cuts the new normal.”

In a way, the Republican strategy of trying fruitlessly to destroy national health insurance reform through shutting down the government and leading the nation to the brink of default shifted attention away from what a federal budget is supposed to do—determine spending levels and spending priorities. As a result, the sequester is still there, though on the docket for potential reform before January 15th. Ezra Klein says that the interregnum before the next government shutdown will likely lead to yet another bicameral budget committee, which would be, as he notes, the eighth major budget commission since 2010, with all of the prior ones easily and accurately characterized as failures. Remember, it was the spectacular failure of the “Supercommittee” that led to the sequester.

So here’s the bottom line for nonprofits: With the budget deal signed and sealed, nonprofits have one quarter’s worth of a fiscal year to get their sequester message across. It is going to require more than a few websites with stories about what the sequester has done to their programs. It is going to require nonprofits presenting solid programs of alternatives to the sequestration of domestic safety net spending. The alarm clock for nonprofits is ringing, but the snooze button won’t be functional for too much longer before Congress makes its own determination of what to do, if anything, about the “new normal” of sequestration cuts.—Rick Cohen