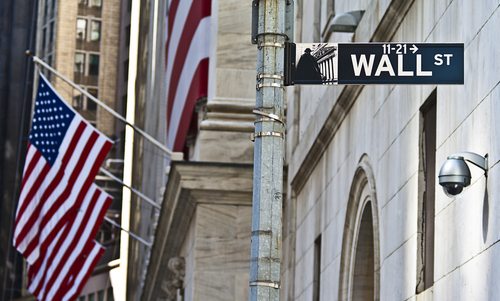 Fawn Johnson has a new article in the National Journal on the involvement of Goldman Sachs in various Social Impact Bond or Pay for Success projects. According to Johnson, Goldman officials “are proud, very proud, that their firm made the first investment ever in a public-private ‘pay for success’ program”—a $10 million loan for starting up a cognitive behavioral therapy program for juveniles at New York City’s Riker’s Island.

Johnson writes, “Goldman Sachs’ entrance into this kind of financing—most often known as social impact bonds—could change the way both Wall Street and governments do business,” essentially bringing everyone—nonprofits, government, and investors— to the table to design and drive social programs.

“Our hope is that this type of financing grows,” says Andi Phillips, vice president of Goldman’s Urban Investment Group. “Our hope is that these types of investments will become more scalable over time, and that it really is an opportunity for the next generation of public-private partnerships.”

Johnson suggests that the theory behind upfront Wall Street investment is that in the current fiscal environment, as “government budgets are squeezed tighter and funding even the most basic of services becomes more difficult, elected officials are usually disinclined to…factor in the long-term savings of a little bit of upfront investment.” Investment from corporations like Goldman Sachs would induce or incentivize public officials to think about long-term savings from investments in programs that have to prove their worth with concrete benchmarks of performance success.

Two of Goldman’s new SIB or PFS investments are in early childhood education—in Salt Lake City and in Chicago. It is an interesting question as to whether public officials need to be further convinced that, as Johnson notes, “early education is a particularly sound investment.” What public officials need is money to capitalize early childhood education programs so that every three- and four-year-old in the nation gets access to pre-K education. Goldman’s investments to show that early childhood education in Salt Lake City and in Chicago pays off will be demonstrating what is in many ways already reasonably well known. For example, Johnson cites University of Chicago economist James Heckman to the effect that “the cost of educating youngsters before kindergarten gives returns of 7 to 10 percent per year, per child.”

Is the gap in the area of upfront investment to convince legislators that pre-K makes sense, or in the political will to make pre-K, as Johnson puts it, “a fundamental right and responsibility [decreed by American society], as it has done for people ages 5 to 18”?

What are SIB/PFS programs trying to test? Although the Salt Lake City early childhood education SIB is relatively new, announced as it was in August of 2013, with implementation for the first 600 children to attend pre-K to begin that fall with an overall target of 1,350 preschool slots, Johnson reports that “the results have been positive and conclusive so far, thanks to the social-impact bonds.”

It isn’t hard to figure out where the public policy juice is on this financing scheme. On January 21st, the third of three regional summits on Pay for Success, sponsored by the White Office of Social Innovation and Civic Participation “in partnership” with the Nonprofit Finance Fund and the Laura and John Arnold Foundation began. The first of the summits was in Bridgeport, Connecticut, but the second was in Chicago and Wednesday’s, the third, was in Salt Lake City—both Goldman SIB/PFS sites. One of the purposes of the summits, according to the webpage, was to “facilitate an open, transparent dialogue among public, private and philanthropic stakeholders,” though the program was promoted as “invite-only.”

It might be useful for Goldman Sachs and other private investors to meet with a variety of nonprofits that might take an interest in exploring strategies for private-sector capitalization for projects and programs less well proven than the early childhood education projects that it is supporting in Salt Lake and Chicago. It might also be useful for social change advocates to examine long-proven social program models and ask whether the need is for more experimentation—as if the models don’t work—or for effective advocacy, citizen mobilization, and social movements to push legislators to adopt them as policy, as in making pre-K education a right for American children just like K-12 is a right.

Upfront private capital, hopefully modestly priced, can make a huge difference. But its role is only useful if it acts where the public sector isn’t (and perhaps can’t be) and if it takes risks by testing programs and ideas that need further field experimentation, as opposed to programs that are simply sure bets.—Rick Cohen