Walmart’s Mixed Generosity: Great for Nonprofits, Not So Much for Employees 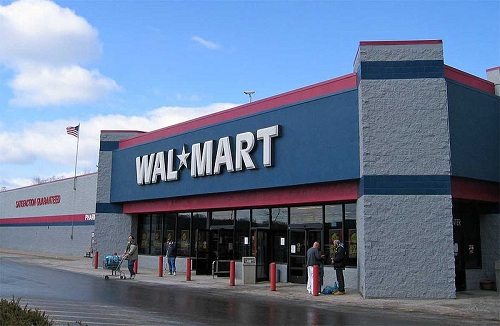 Among corporate donors, Walmart is a visceral flashpoint for nonprofits and social justice advocates.

On one hand, Walmart smartly plays to local nonprofits from its base of stores, which are increasingly located in downtown areas. For example, in Los Angeles, the new downtown Walmart has agreed to carry and market Homeboy Industries’ Tortilla Strips and Salsa, produced by an L.A.-area nonprofit that, according to EGP, “serves up to 1,000 former gang members and previously incarcerated men and women with free services, employment, job placement and referrals…[through] free programs and services…funded in part by the organization’s social enterprise businesses, including Homegirl Café & Catering, Homeboy Bakery and Homeboy Grocery.” Walmart and its foundation arm have given Homeboy Industries $535,000 to support its various business lines, including a diner, a silkscreen and embroidery business, and a farmer’s market, linked apparently to the Learning Works Charter High School that serves students in Homeboy programs.

Having become the nation’s largest food retailer (according to Supermarket News), Walmart shows up with a number of philanthropic initiatives supporting food access and food production for the poor. In Georgia, Walmart awarded $35,000 to the Georgia Wildlife Foundation to help hunters provide venison to the poor through food banks. In Florida, the Bay Area Food Bank just received a $55,000 Walmart grant, enabling it to hire a coordinator to work with retail stores in the region to get more food donations. The Morristown, New Jersey Community Soup Kitchen now has a Growing Healthy Kids program funded by a $30,000 grant from the Walmart Foundation. In Terre Haute, Indiana, the Area 7 Agency on Aging and the Disabled received $100,000 from the foundation enabling it to serve home-delivered hot meals to homebound people with disabilities in the West Indiana area.

These grants might look like small change for a mammoth corporate entity like Walmart, but in the food area alone, Walmart and the Walmart Foundation pledged $2 billion in cash and in-kind contributions in 2010 as part of its “Fighting Hunger Together” initiative. Food/hunger isn’t the only arena for Walmart giving. Other issues such as homelessness, ESL training, and employment assistance also get Walmart’s philanthropic attention.

Hard to argue with the corporation’s philanthropic generosity, right? Except that Walmart workers in 15 cities went on a one-day strike on Thursday arguing for an increase in wages. According to strike organizers at OurWalmart, Walmart employees earn an average wage of $8.81 an hour, barely above the federal minimum wage of $7.25 an hour—though Walmart says its “average full-time hourly associate” pulls in $12.83 an hour, according to the Guardian, while TownHall.com says that Walmartstores.com puts the average hourly wage of Walmart employees at $10.76 an hour. It’s not much of a salary, regardless of the wage estimates cited above.

Although there was a work action staged recently by Walmart workers asking for $15.00 an hour, this strike is based on a demand for a minimum salary of $25,000, which converts to an hourly wage of $12.50 an hour. For many employees at the nation’s largest employer (with 1.4 million employees, Walmart provides an almost unimaginable 1 percent of the total employment in the U.S.), a Walmart job means qualifying for public assistance and for free or low-cost food at the food banks and soup kitchens supported by Walmart corporate and foundation grants. In a manner of speaking, by providing subsidies such as food stamps and earned income tax credits, the American taxpayer is helping to cover the inadequate wage levels that Walmart pays.

To be sure, there are several economists who defend Walmart’s low wages. Ohio State University economics professor (and American Enterprise Institute fellow) Richard Vedder provides a cogent summary of the reasons he thinks Walmart and all Americans should reject the strikers’ pay demands, including potential job cuts by Walmart, higher prices to compensate for higher wages, and a huge reduction in Walmart’s stock price—the latter harming pension funds and mutual funds with a big stake in Walmart stock. These are among the reasons that Vedder says are “why I’m hoping that Walmart workers’ national protest movement will be a monumental failure.” For every study like Vedder’s is a report arguing that a living wage level for Walmart workers would be beneficial for workers and communities, with at worst a tiny potential price rise at Walmart stores.

Are nonprofits backing the Walmart strikes as a matter of economic justice or keeping their distance from them due to Walmart’s philanthropic largesse? Tell the NPQ Newswire where you and your nonprofit stand on a living wage for Walmart workers.—Rick Cohen