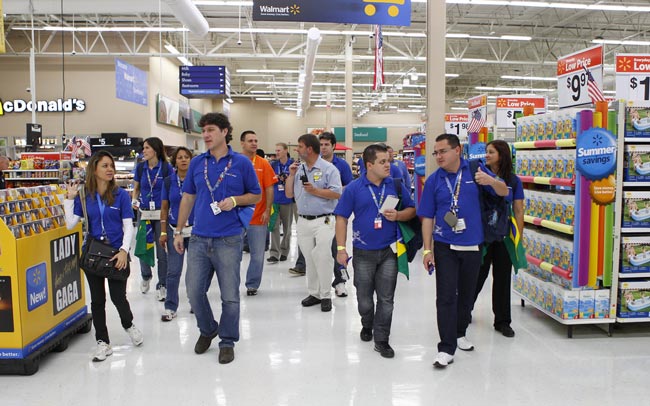 A recent New York Times article by Michael Corkery provides an interesting perspective to consider before we write off the need for a more active and prominent role for government in ensuring a more equitable economy.

For 100 years, the small town of Fulton in upstate New York was home to a Nestlé plant. In 2003, that plant closed, and no other industrial operation came to replace it. Nestlé decided it was more profitable to consolidate its operations in a newer Wisconsin facility. Not only did this cost the people of Fulton jobs, the town itself lost a half-million dollars in taxes and fees. Average earnings fell by 18 percent.

Today, a Walmart located just outside the town’s boundaries is Fulton’s main source of employment and income. Walmart would not provide the Times with specific salary detail for its Fulton store, but “the company said that at its stores in New York State, full-time workers earned an average of $14.10 an hour. Part-time workers make an average of $11.10 an hour.” At the time that Nestlé left town its average salary was $20/hour, but now many of the town’s citizens face the challenge of how to maintain a reasonable standard of living in a modern American economy.

Two years ago, Walmart recognized the need to improve the earnings of 1.2 million of their employees by increasing salaries and providing training that could qualify their employees for promotions that would increase their earnings. They have invested $2.7 billion to support their new commitment since then, and 380,000 employees have completed training programs for store workers and managers.

Training is often touted as the key to more lucrative jobs. Yet the Times’ look at Fulton found that “it’s not clear whether all this training is teaching workers valuable skills that could enable them to move into the middle class, or whether it is mostly making them better Walmart employees. And even with more skills, many retail workers may never be able to earn what factory workers made in places like Fulton.” As Fulton’s mayor, Ronald Woodward, said, “Retail jobs don’t compare to manufacturing.”

Some see training as only a small part of the answer, says the New York Times:

Researchers say what many Walmart workers need most is not training, but higher wages. The training programs, they say, may be helpful in enhancing employee loyalty and performance, but increasing pay would benefit the workers most. Two years ago, the company raised its starting wage to $9 an hour, a $1.75 increase from the federal minimum wage.

“If Walmart really wanted to invest in its workers, it would start people at $15 companywide and adequately staff its stores so they can service customers,” said Judy Conti, federal advocacy coordinator for the National Employment Law Project, which lobbies for low-wage workers.

From Walmart’s perspective, “its training programs are intended to help employees advance into higher-paying jobs at Wal-Mart or in other industries.” Kathleen McLaughlin, who runs the Walmart Foundation, says, “Whether they are coming to us for two years or 20 years, we want them to have the skills that allow them to create opportunities.”

In the short term, investment in training may also improve the climate in challenged communities. According to Anthony Carnevale, director of the Georgetown University Center on Education and the Workforce, the symbolism of successful training is important. “The caps and gowns, the symbolism, these are not trivial things. They are trying to create this feeling among employees that ‘we are the store.’ They are taking small-town America and putting it into Walmart. Is that a bad thing? No.”

While the graduates of Walmart’s classes may be qualified for the next rung up the Walmart ladder, there will never be enough internal promotions for everyone. Retail efforts to automate its workforce across the sector further exacerbates the problem. It is reminiscent of the “company store” practice where employees in remote towns with a major employer were paid in scrips, or non-cash vouchers, acceptable at local stores (often owned by the company) which provided basic necessities on credit. Employees could not leave employment until clearing the debt, effectively creating an immovable workforce. In this case, we have people training for jobs that are not marketable elsewhere.

If we rely on a private, market-based solution, where are these better jobs going to come from? From a national perspective, what’s needed are more jobs that pay living wages—or, in their absence, a robust government safety net that guarantees a sufficient income. Nonprofits have a role in articulating the challenge and building the power and collaborations necessary to create real solutions.—Martin Levine