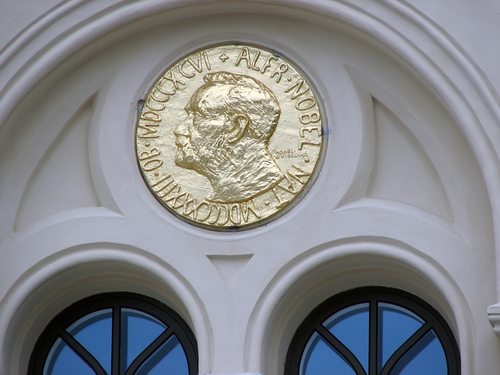 This years’ Nobel Prize for Peace has been awarded to the Organisation for the Prohibition of Chemical Weapons, an international NGO watchdog group that has just been called into action to dismantle chemical weaponry in Syria. More generally, it is the body established to help implement the Chemical Weapons Convention; as such, it has 189 member states.

The Convention contains four key provisions, according to OPCW:

It adds that, “As existing declared stockpiles are destroyed, the OPCW will continue to work hard to persuade the remaining handful of non-Member States to renounce chemical weapons and join the Convention. At the same time, the OPCW must prevent re-emergence of a chemical weapons threat, whether from States or non-State actors. Since the security environment does not remain static, the OPCW must be capable not only of dealing not only with today’s threats but must adapt to deal with new threats as they evolve or emerge in the future.”

Member states are expected to declare their stockpiles. Syria is scheduled to become a member state next week. The Washington Post reports that the OPCW has conducted more than 5,000 inspections in 86 countries and all of the declared chemical weapons stockpiles have been inventoried and verified. This means that 81.1 percent of the world’s declared stockpile of chemical agents have been verifiably destroyed. (By the way, the United States has destroyed only 90 percent of its stockpile.) Thirteen OPCW members have declared 70 chemical weapons production facilities, all of which have been taken out of commission, with 43 destroyed and 21 now being used for peaceful purposes.

The chair of the Norwegian Nobel Committee explained this morning that the award to OPCW was not given solely for the recently begun disarmament of Syria’s chemical weapons, but for fifteen years of quiet and diligent work that has to date dismantled over eighty percent of the declared chemical stockpiles around the world.

NPQ would like to take this moment to remind readers that this is an NGO and therefore a part of the nonprofit/non-governmental community. It reminds us all about the multiple critical roles that must be taken on by independent groups that are uncontrolled by any one government or business interest.—Ruth McCambridge