What Can We Do about the White Savior Complex? 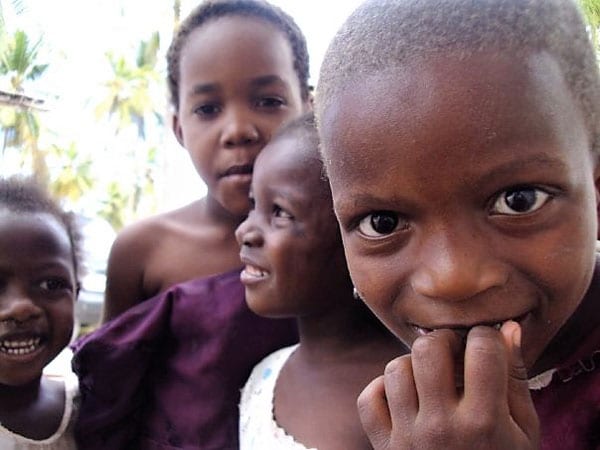 In August, a video went viral showing an American missionary screaming racial slurs and throwing punches at hotel workers in the lobby of the Grand Imperial Hotel in Kampala, Uganda. The violence exposed an ugly side of the way ongoing racism and colonialism continue to infuse global development. But, perhaps less talked about and more subtle are the microaggressions affecting non-white aid workers every day.

In this podcast, we hear from a diverse group of people with deep experience in the aid and development sector about their encounters with racism and inequality. We seek to understand why racist and colonial structures persist in the sector. And we learn how they can be fought both individually and at an institutional level.

“The white people were bosses, and the black people reported to them. And even when you had a Ugandan who was at management level, somehow, at least in practice, they seemed to be reporting to another American at that same level. It didn’t show on the organizational chart. On the chart, they looked like equals. But, in practice, they had to report and their work had to be reviewed by somebody who is in theory at their level, but happens to be American, and therefore presumably more competent.”—Lydia Namubiru

“I would send out resumes, and sometimes I would get these calls, and then I would go into the interview and there was always this sense that ‘Oh, I didn’t expect you to look like you.’ No one ever said that, but there was always this surprise that I’m a Black woman. And it would be people who had gone to Haiti for a week, two weeks, or maybe gone to Kenya for a month. Those would be the people who would be deciding if what I brought was valuable enough.”—Angela Bruce Raeburn

“Some of the biggest national development agencies around today were actually created before colonialism ended. They worked in places like Africa and Asia. Their initial work was actually under the governing structures of colonialism, right? So there is a deep history that’s connected to that, and what that means is that it permeates some of the cultural practices and even the discourse around international development in philanthropy that’s practiced today.”—Solomé Lemma

“I’m going to say ‘We’ white folks. I’m going to invite them all into this conversation and say, ‘Let’s talk about what it really means to give up access to resources, and to give up the opportunities that come to us, and actually learn what it means to share power. Do you want to be in solidarity and support? Or do you want to represent the obstacles which people are already facing every day?’ And that’s the choice, and it’s a tough one. It’s a painful one. It actually necessitates really deep questions that really put me in a vulnerable space.”—Jennifer Lentfer

“If we can do our job in building our own countries, and in fixing our own schools, and building our own water infrastructure. If we can rise up to actually do that, that automatically takes care of that inequality. When we’re unable to actually defend our own agency, our own worth against this structural racism, it actually creates a further problem because we have generations that are watching and learning where they belong, what their agency is, what their responsibility is, what their opportunity is. This is part of the reason why I decided I needed to come back to Uganda. I needed to stop, yes—I was doing a lot of critiquing and writing op-ed pieces—but op-ed pieces don’t change paradigms. Work does. Sweat does. You come here, and you get involved in this muck.”—Teddy Ruge