What Do We Know about What Makes Programs Fail or Succeed? 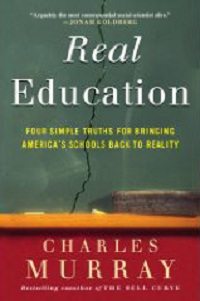 Agree or disagree with his ideas, Charles Murray is clearly one of the most influential conservative thinkers of our time. Among his books are Losing Ground (1984), a major work seen as setting some of the debate for what became welfare reform, The Bell Curve (with Richard Herrnstein in 1994), a controversial piece about IQ levels associated with race and class, and most recently, Coming Apart, an analysis of American class structure. As an in-house thinker at the American Enterprise Institute, he also blogs.

His blog on the “3 laws of social programs” returns to themes he outlined in Losing Ground about how social programs can “backfire.” He indicates that the reasons for this aren’t explained by idiosyncratic issues of program management or other factors, but are pretty much immutable explanations of why all social programs, at a minimum, fail to achieve their intended effects and, in many cases, simply fail:

If, as Murray suggests, these laws of social programs are inexorably true, does that mean that there are no possible corrective measures? Or is the reality that better program design can alter some of the counterproductive impacts of social programs—for example, allowing people receiving TANF aid not to immediately lose all of their benefits if they obtain a paid job? There are a number of examples of researchers digging into social programs to isolate and replicate “what works,” like the foundation-supported What Works Collaborative at the Urban Institute or the lifelong “what works” research of Lisbeth Schorr. Note that these approaches are distinct from the panoply of nonprofit and for-profit consultants and thinktankers who simply promote unending outcomes research camouflaged as a search for programs that really work.

Murray’s three laws are a good reminder to nonprofit organizations and government agencies that we already really know a lot about what makes programs fail and what might make them succeed. We needn’t assume that they are immutably destined to fail, nor fated to succeed.—Rick Cohen