What Is a Patriotic Billionaire? 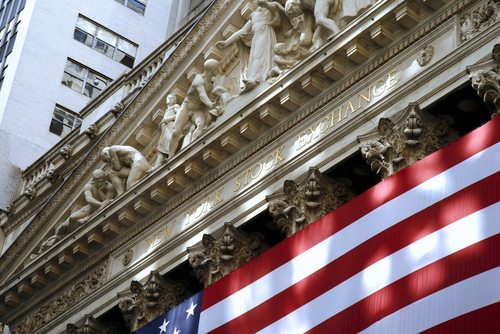 A patriotic billionaire is one who pays his or her taxes fully and then considers amplifying the social benefits of wealth by committing to philanthropic grantmaking. Warren Buffett is something of an exemplar in this regard, advocating for wealthy people to pay taxes at a higher rate than their working class employees (which is the basic notion of the “Buffett Rule” that President Obama proposed to Congress) and for keeping, rather than eliminating, the estate tax (or what some of its opponents call the “death tax”). Other superwealthy people have different thoughts on their obligation to society (or lack thereof), paying taxes, and philanthropy. In this tale of two billionaires and a multi-millionaire, we look at different approaches to either embracing or avoiding the idea of using one’s largesse for societal benefit.

First, there is the tale of a billionaire Facebook co-founder—not the well known Mark Zuckerberg, but Eduardo Saverin. The Brazilian-born 30-year-old was a citizen of the U.S. until last September when, prior to the Facebook IPO, he renounced his U.S. citizenship in favor of his new home country: Singapore. Saverin has had a reputation for living the high life in Singapore, where, unlike the charitably minded Zuckerberg, he has been living a life of fast cars, members-only clubs, and associates such as former Miss Singapore 2009, Rachel Kum.

Important in this story is that Saverin, even while owning only a two percent stake in Facebook, is still a billionaire, worth about $3.86 billion after the IPO. Unlike the U.S., Singapore has no capital gains tax, which serves Saverin nicely. Other than Saverin’s spokesperson, who talks about his boss’s lifestyle in Singapore, just about everyone else sees the move as simple tax avoidance. Some observers apparently think that escaping to Singapore was a good and logical move for Saverin because of the high taxes the superwealthy face in the U.S. under President Obama, but not Sen. Chuck Schumer (D-N.Y.) and Sen. Bob Casey (D-Pa.). The two outraged senators have introduced the Expatriation Prevention by Abolishing Tax-Related Incentives for Offshore Tenancy Act (Ex-Patriot Act), which would prevent someone who gives up citizenship and owns more than $2 million in net assets from being re-admitted to the U.S. The Ex-Patriot Act would also require someone such as Saverin to pay a 30 percent capital gains rate on future U.S. investments, regardless of where the person lives.

Saverin denies that his move to Singapore was motivated by tax avoidance, but the Schumer/Casey bill would essentially deem the new expatriate unpatriotic under the Ex-Patriot Act. “This tax avoidance scheme is outrageous,” Schumer told Roll Call. “Eduardo Saverin wants to ‘defriend’ the United States of America just to avoid taxes, and we aren’t going to let him get away with it.”

Saverin is hardly the nation’s first extraordinarily wealthy tax scofflaw. There have been a few thousand others who have renounced their U.S. citizenship to escape U.S. taxes. Also, plenty of corporations, such as General Electric, have circumvented major portions of their U.S. taxes by setting up accounting mechanisms involving overseas operations. So why pick on Saverin? One explanation may be that, given the recession that began in 2007, his move stands in unpatriotic contrast to the position of the members of Patriotic Millionaires, those who, unlike Saverin, say “tax me.”

It seems, however, that patriotic millionaires who want to pay what they think might be their fair shares of taxes may occasionally find themselves censored. Take Seattle venture capitalist Nick Hanauer, a multi-millionaire whose firm was reportedly the first non-family investor in a once newish entity called Amazon.com. Hanauer gave a talk at TED (Technology, Entertainment, Design), the program owned by the Sapling Foundation that invites “the world’s most fascinating thinkers and doers, who are challenged to give the talk of their lives (in 18 minutes or less)” and then makes the talks available online for free. Associated with the Patriotic Millionaires organization, Hanauer gave a TED speech on issues of inequality, but TED declined to distribute it as it typically does with the presentations at its glitterati events.

TED decided that Hanauer’s remarks were too political and controversial for distribution. In a series of e-mails to Hanauer, TED curator Chris Anderson debated Hanauer’s contentions about income inequality, job creation, and more, but added, “But even if the talk was rated a home run, we couldn’t release it, because it would be unquestionably regarded as out and out political. We’re in the middle of an election year in the US. Your argument comes down firmly on the side of one party.” Read Hanauer’s text and see if you think it is too politically partisan for the nonpartisan TED.

Or is TED so politically nonpartisan? Does TED’s list of sponsors—American Express, Allianz, Delta, Gucci, Sony, Siemens, Prudential, Pfizer, Shell, IBM, Kohl’s, Fidelity Investments, General Electric, and others—suggest the possibility of some oversensitivity to presentations suggesting that huge corporations and multimillionaire business people ought to pay more taxes than they currently do? Are other TED speakers that NPQ has covered, such as Niall Ferguson, Paul Romer, Eli Pariser, Salman Khan, Bill Gates (who has given three TED talks), Jackie Novogratz, Joseph Nye, Jeff Skoll, Al Gore, UK Prime Minister David Cameron, or Michelle Obama any less political than Patriotic Millionaire Nick Hanauer talking about taxation? Is Hanauer talking about a partisan political position or a clear-eyed policy recommendation, irrespective of party identification, for what the superwealthy ought to be paying in taxes to the U.S. Treasury? If it is the later, as it appears to be to us, TED’s position is more than untenable.  It is embarrassing for an organization that claims to be promoting the ideas of thinkers and doers.

No one was censored, however, at a recent gathering of the billionaires and multi-millionaires that have signed on to the “Giving Pledge” trumpeted by Warren Buffett and Bill Gates.

Signatories such as Steve Case and Pierre Omidyar joined Buffet and Gates at the Bacara resort in Santa Barbara, Calif. earlier this month for the second-ever meeting of the philanthropically minded and beyond-belief superwealthy. The Economist reported on Steve Case’s comments about the hottest topic at the meeting, “impact investing,” which the magazine defined as “how to invest money to make profits and do good at the same time.”

Why would 35 billionaires spending a couple of days at the luxurious Bacara resort and spa be concerned about making money with their philanthropy? The Economist mentioned the inspiration that some of the donors took from Andrew Carnegie’s The Gospel of Wealth, which few remember as being rooted in defending capitalism from socialism. The primacy of impact investing as the hot topic in the discussions—not supported by a “skeptical” Warren Buffett—suggests that these billionaires see their philanthropy as firmly rooted in the primacy of capitalism, where they made and sustain their fortunes. Yet Buffett noted, sounding perhaps more like the patriotic Hanauer than an impact investor, “It is amazing to me the degree of inequality that exists without people really getting upset.”

The soft underbelly of the capitalist system may not be the attractiveness of an alternative political or economic ideology like socialism, but the persistence and increase of the socio-economic inequality within American society and across the globe. Maybe Buffett is really the patriotic billionaire. Think about his purchase of a variety of small newspapers last week. Unlike Case and the promoters of impact investing, Buffett didn’t meld philanthropy and the quest for profit. His philanthropy is his philanthropy. The investment in the small town newspapers was simply good business practice. Why is it, even among billionaires claiming to be motivated by the philanthropic generosity called for in Andrew Carnegie’s writings, that some simply can’t focus on philanthropy without drifting into the realm of turning philanthropic giving into a business proposition? One wonders how many of the signatories of Buffett’s Giving Pledge have also sent in their memberships to Patriotic Millionaires (or the organization’s affinity group for billionaires).

The TED sponsors may want to restrict a conversation about taxation and inequality as too political, and Eduardo Saverin might want to abscond with his billions to tax-friendly Singapore, but there is no hiding from the issue at hand. Hanauer and Buffett have zeroed in on an issue that cannot be avoided for long. Patriotism for wealthy Americans might mean not only paying one’s fair share of taxes, but also more fundamentally addressing the pernicious effects of socio-economic inequality.