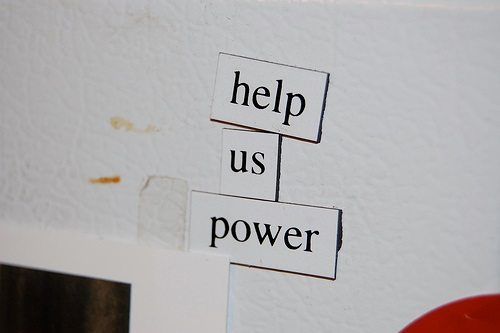 Here is a graphic that sums up the most popular phrases among those campaigns that received funding, as well as the phrases that received the least funding: 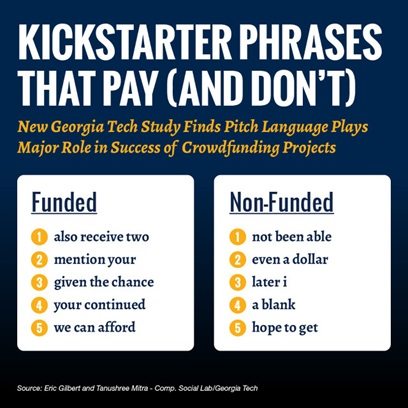 Looking at these trends in “funded” and not “not funded” popular phrases, you can get a sense of what language pitches are working on potential donors. Phrases which exude a lack of confidence in raising money or achieving your goals seem to dissuade funders from wanting to pitch in, such as “hope to get” and “even a dollar.” Compared to the funded phrases that worked, you can see terms such as “also received two” and “your continued” display assurance that your cause already has support that will continue to thrive and grow.

“We believe that the phrases dataset may enable new features on crowd-funding sites, such as tools to help backers and project creators make the best use of their time and money. For instance, a crowdfunding site might analyze the content of a project pitch while a project creator types it and notifies her whenever the words and phrases shift towards negative predictors. We see this work as particularly timely and important because crowdfunding provides small businesses a new way to access capital. Moreover, project creators can craft their language any way they see fit, as opposed to other indicators over which they have relatively little control, like social connections to influential people.”