What Makes a Mayoral Candidate Nonprofit-Friendly? 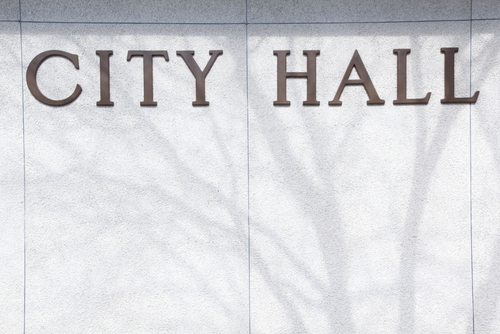 The CForward website heralds 2013 as “the Year of Mayoral Races.” After its engagement in the 2012 electoral cycle, endorsing candidates at the federal, state, and local levels (including a mayoral candidate in Portland, Ore.), CForward announced in this off year for federal and state elections that it would  home in on finding pro-nonprofit candidates running for mayor. The challenge for CForward and for all nonprofits is to figure out how to discern which candidates are more supportive of nonprofits than others. Without any commentary or specific candidate recommendations to date, CForward highlights mayoral candidates in races slated for Boston, Detroit, El Paso, Los Angeles, Minneapolis, New York City, Pittsburgh, Seattle, and Tulsa.

If it is tough to figure out who is or isn’t a pro-nonprofit candidate running for state or federal office, it is probably doubly difficult to pick the better or lesser candidate for nonprofits running for mayor. There are few obvious choices other than poor marks for a candidate like outgoing Pittsburgh Mayor Luke Ravenstahl, who made the issue of taxing nonprofit property owners the defining theme of his occupancy of City Hall.

But it is tougher on other issues. For example, in Los Angeles, the nonprofit Arts for LA put four questions to the two candidates who survived the mayoral primary. One question involved what the candidates would do to modify or expand the city’s commitment of its one percent transient occupancy tax to the arts. Candidate Eric Garcetti promised to push for economy activity that generates greater revenues from the occupancy tax. Wendy Greuel said she would expand funding mechanisms for arts and culture and said she is in the process of auditing occupancy tax allocations “to ensure that these dollars are going to the right programs.”

In New York City, a coalition of advocacy groups and leaders convened a candidates’ forum on public health and distributed questionnaires to eight candidates. Only four attended the candidates’ forum. Two questions specifically addressed nonprofit issues: one question dealt with how the new mayor should relate to community-based organizations and another asked whether the city would use its powers of tax exemption to incentivize medical schools to train more underrepresented minority students.

In general, the candidates who responded to the questionnaire pledged to work with community-based organization, with most committing to creating nonprofit task forces. All were open to using the city’s ability to grant or withhold tax exemptions—presumably referring to the property tax—to get medical schools to diversify their student demographics.

So who are nonprofits seeing as candidates that are potentially friendly and supportive of the sector? In Pittsburgh, will the city consider electing a black mayor now that a few are in the race, including State Rep. Jake Wheatley who, in 2008, linked up with the California-based Greenlining Institute to examine western Pennsylvania foundations for their grantmaking to minority-led nonprofits? How will Boston nonprofits think about the panoply of candidates likely to aim for the mayor’s office there, given the decision of that city’s longest serving mayor, Tom Menino, not to run for reelection? Potential candidates such as Ayanna Pressley, Sonia Chang-Diaz, and John Connolly all have strong nonprofit track records and personal histories of working with and for nonprofits.

Will nonprofit attitudes on the half-dozen or so candidates running to replace R.T. Rybek as mayor of Minneapolis, hinge candidates’ pro-nonprofit stances or on the big issue of the day, whether to put city money – and if so, how much – into the construction of a new stadium for the National Football League’s Minnesota Vikings? For these or any other mayoral contests slated for 2013, who do you think measures up to the needs and concerns of the nonprofit sector, and how can you tell? Tell us! And tell CForward, too. –Rick Cohen