What Makes a Social Entrepreneur? 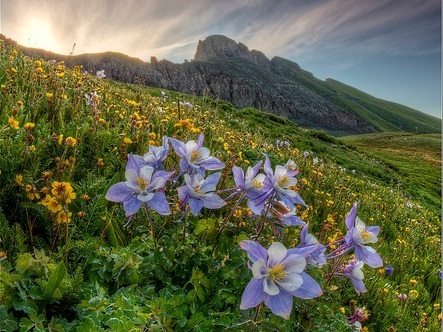 An interesting line in Galinsky’s Harvard Business Review blog post is that these entrepreneurs, in a way, self-define by wanting to launch organizations. The purposes may be varied—“to improve education in Africa [or] to better the livelihood of women in inner city Chicago,” for example—but the notion that entrepreneurship means launching organizations rather than working with existing groups is worth underscoring. Suggesting that social entrepreneurs need other people to help them “change the world,” such as volunteers, donors, advocates, fundraisers, and communications specialists, Galinksy asks, “If everyone wants to start a new organization, who is going to do all the work?”

Galinsky tells the story about the first person she ever met, only eight years ago, who said she wanted to be a social entrepreneur, using the term as a career objective. Galinksy reports that after she nurtured the woman and helped her apply for and win an NYU social entrepreneurship award, the woman “isn’t a social entrepreneur. At least, not by Echoing Green’s definition. She hasn’t launched a ground-breaking new social business, nonprofit or hybrid. Instead, she is thinking like a social entrepreneur and applying that lens to everything she does, turning that which moves her most deeply into opportunities to serve others.”

Some might take Galinsky’s observation to imply that the graduates of the Echoing Green fellowships, who often become “stars,” need those who are less than stars to help them realize their visions for social change. Echoing Green once had that elite kind of snootiness when it was almost totally focused on fellowship candidates from a limited number of the Ivies plus Stanford, but after Cheryl Dorsey, a fellowship winner herself, took the reins of the organization in 2002, Echoing Green has developed a much more open attitude and reputation.

More to the point, however, is the notion that, for some people, the definition of a full-fledged social entrepreneur entails the creation of a new organization. That simply eludes us. Thousands and thousands of people who work for nonprofits don’t think of themselves as social entrepreneurs but do the on-the-ground legwork of making social change happen in the lives of poor people every day, sometimes operating in tough locales like Stockton, Calif. or Camden, N.J. No less than the people who deploy their talents to create new organizations, it takes entrepreneurial skill, vision, and creativity to do their work.

Let’s celebrate social entrepreneurs. Let’s also praise, honor, and appreciate the workers in the nonprofit sector whose labor as “artists, volunteers, development directors, communications specialists, donors…advocates…fundraisers, supporters who can change policies, [or even] someone to create a brochure,” as Galinsky describes them, makes them salt of the earth entrepreneurs. –Rick Cohen