What’s Behind the Scathing Critique of NeighborWorks America? 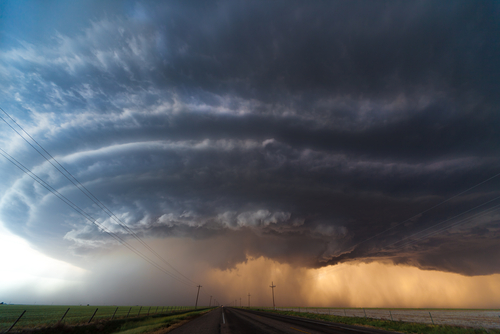 Bloomberg News reporters Tom Schoenberg and Clea Benson are bylined as the authors of a scathing critique of NeighborWorks America, the national community development financial intermediary chartered by Congress to assist lower- and middle-income homeowners and boost homeownership in urban and rural markets.

This line in their article summarizes their take: “A close look at the group reveals a house in disorder—with sweetheart contracts, document fudging and unexplained departures of top officials.”

The specifics that Schoenberg and Benson describe involve “at least two large jobs [awarded] to insiders without bidding, later justifying one of the contracts with a backdated memo, [and] in…another case, managers signed off on a multimillion-dollar technology deal to a recently formed contractor, which had board members in common with NeighborWorks and used the same law firm.”

The article indicates that these “management shortcomings” have led “government inspectors and Republican lawmakers…[to ask] whether the organization has delivered on its post-crisis mission of keeping Americans in their homes.”

NW spokesperson Douglas Robinson was quoted to have said that NeighborWorks took action after these managerial messes were uncovered. Readers might assume that the departure of some senior leaders of NW might have been related to the organization’s efforts to fix the problems, though Robinson did not confirm that to Bloomberg News.

The examples that the Bloomberg News reporters cited are really two contracts that involve the kind of appearance of conflict of interest and self-dealing that NPQ often writes and rails about. One was an expensive contract with an IT firm hired to develop training software, the firm allegedly established by former NeighborWorks staff. The other was a contract with a company to do application processing that had several connections to former NW staff and board members. In both cases, there seem to have been enough warning signals of apparent or actual conflicts of interest abetted by irregularities in NeighborWorks’ procurement procedures to suggest managerial blind spots. If these two cases weren’t alone, but emblematic of larger, continuing problems, then more work is needed to clean the place up. If, as Robinson says, NW has taken corrective actions, the organization should be making sure that its internal controls—and the managerial oversight of those controls—are built up sufficiently to make sure that these kinds of problems don’t reappear.

The Goodlatte reference prompted us to look at the transcript of that hearing, held on February 12th by the House Committee on the Judiciary, Subcommittee on Regulatory Reform, Commercial and Antitrust Law to examine the mortgage lending settlements negotiated by the Justice Department. As we might have guessed, Goodlatte seemed haunted by the specter of ACORN. His exact quote, which Schoenberg and Benson referenced, was this:

“Bank of America’s settlement also required it to set aside $490 million to pay potential consumer tax liability arising from loan modifications. Should Congress again extend the nontaxable treatment of home loan forgiveness, the money does not revert to the bank. Instead, it flows to activist groups like NeighborWorks America, which has been described as funding, quote, ‘a national network of left wing community organizers operating in the mold of ACORN,’ end quote.”

Although Goodlatte didn’t immediately identify the source of that quote, later in the hearing it was revealed that the comment appeared to have come from Paul Larkin, a research fellow at the Heritage Foundation, who was one of the hearing witnesses.

Goodlatte and his colleagues also used the hearing to attack the National Council of La Raza and other organizations that had provided foreclosure counseling services, both on federal contracts and through the resources provided by settlement agreements (even though it was the banks, not DOJ, that typically chose the third party entities like NeighborWorks and La Raza, so long as they were HUD-certified housing counseling agencies, to implement the counseling components of the settlement agreements). After criticizing the Justice Department’s oversight of these settlement agreements, Goodlatte concluded, “For DOJ to funnel money to third parties through settlements this way may violate the law and is undoubtedly bad policy.”

Subcommittee chairman Tom Marino (R-PA) grilled a Justice Department witness over whether anyone from the White House or some unknown outside group had guided Justice and the banks on the selection of the third-party implementers—again, the specter of the hand of ACORN all but flowing from Marino’s lips. Rep. David Trott (R-MI) concluded that the settlement agreement process “looks and smells a little bit like a slush fund” and raised suspicions about how the banks got access to the list of HUD-approved nonprofit counseling agencies (apparently unaware that they are on the HUD website). Marino then observed that the Justice Department’s prosecution of the banks on mortgage lending issues amounted to “using extortion to make banks appropriate funds to left-leaning organizations.”

The Bloomberg News article went on to question the impact of NeighborWorks foreclosure counseling efforts, noting that most people who received counseling were not able to successfully achieve loan modifications or might have succumbed to mortgage payment problems later on. The implication was that this was because of NeighborWorks, as opposed to the real problem in foreclosure counseling: Getting the banks to agree to substantial modifications of loan terms, as in reducing principal and interest, as opposed to modifying payment schedules. No offense to the Bloomberg News writers, but this seems to be the first sally of Republicans aiming at the Justice Department’s prosecution of banks such as Bank of America and Citi and questioning the use of settlement funds by third-party entities such as NW and La Raza. How the big banks, having deluged this nation with terrible lending practices, bringing the economy to its metaphorical knees, and requiring billions in taxpayer bailouts, could be turned into victims of the Justice Department conspiring with purported leftist housing counselors is difficult to understand. Somehow, Goodlatte and his fellow committee members made NeighborWorks groups, the National Council of La Raza, and other foreclosure counseling organizations into the bad guys in this scenario.

Those of us with long experience in the nonprofit housing industry might agree with one issue raised by Goodlatte and his colleagues, which is that the monitoring and oversight of Justice settlements might benefit from more explicit processes and more widespread public reporting. However, in the subtext of the Goodlatte/Morino/Trott critique is their opposition to groups that help homeowners to renegotiate bad mortgages and their opposition to additional funding going to groups with social justice missions, like the National Council of La Raza.

NeighborWorks America? Among the national housing and community development intermediaries, NeighborWorks has long been the intermediary most strongly linked to promoting homeownership through bank-funded lending pools, hardly the image of “left-wing community organizers.” If NeighborWorks has stumbled into some messy managerial situations, they should be cleaned up, not just as specific instances of mismanagement, but for the systemic weaknesses that allowed them to happen. But no one should mistake the ideological agenda at work behind this Bloomberg News article in terms of what Goodlatte and others are trying to do.

In both the Bloomberg News article and the February hearing chaired by Congressman Marino, there were references to what was said to be the less than stunning results of the foreclosure counseling efforts of NeighborWorks. At NPQ, we’ve been watching the data almost from the very beginning, and we understood from the outset both how difficult the challenge was to put $130 million into a network of community-based counseling groups in a short period of time—and make that work with banks and mortgage servicers often unresponsive and recalcitrant about altering the mortgage principal and interest terms.

Notwithstanding the charges from Rep. Goodlatte and others about the foreclosure counseling delivered by NeighborWorks groups, we thought it might be worth looking at the actual evaluations conducted by the Urban Institute. The most recent evaluation report is the September 2014 report on the National Foreclosure Mitigation Counseling Program Evaluation, rounds 3 through 5. This report examined the results of the NMFC for borrowers who received counseling between July 2009 and June 2012 and addressed and provided answers to the following questions among others:

For the first two rounds, for people receiving counseling in 2008 and 2009, the Urban Institute evaluation reached the following conclusions:

By most reports, for all of the resources that went into NeighborWorks foreclosure counseling, NW member organizations and other foreclosure counseling entities faced significant challenges beyond the banks’ own intransigence about altering loan terms. With the huge numbers of people facing foreclosures during the height of the economic collapse, the demand for foreclosure counseling typically outstripped available resources, and many foreclosure counseling entities found themselves burdened with stringent bureaucratic requirements, as demonstrated in this study published by the Federal Reserve on foreclosure counseling in Philadelphia. The reality is that the foreclosure crisis took people who were supposed to be in homes that were building family assets and reversed their situations. Rather than accumulating assets for long term investment or retirement, families with mortgage problems found themselves facing serious financial shortfalls, ruined credit, and homes that were draining rather than supporting household budgets. The presence of NeighborWorks counselors, by which we mean counselors working for community-based NeighborWorks network member organizations, gave homeowners in crisis a neutral third party to turn to for advice and often the confidence to take solutions to the banks and mortgage servicers. That’s the ultimate meaning of the NeighborWorks NFMC evaluation results, a third party to help families figure out their options and help them present modification packages to the banks and servicers that could turn into win-win solutions for all parties.

Let’s call out the critique of NeighborWorks’ purported “house in disorder” for what it is: A nonprofit intermediary appears to have mucked up a couple of contracts that should have gone through typically required federal procurement rules. That, however, may have put it into the crosshairs of some very conservative Republicans, who are out to attack community-based nonprofits that stand up for financially troubled homeowners and defend the banks that created the trouble in the first place.—Rick Cohen

Full disclosure: Because Rick Cohen was a vice president of two other national community development intermediaries, the Enterprise Foundation (1989-1991), now called Enterprise Community Partners, and the Local Initiatives Support Corporation (1992-1999), he has had several interactions with NeighborWorks personnel. While at LISC, he was involved with LISC’s part of the implementation of a Justice Department settlement with Nationwide Insurance, some of which went to NeighborWorks. The current Chief Operating Officer of NeighborWorks, Chuck Wehrwein, was the COO of the National Equity Fund, which is LISC’s housing tax credit syndication affiliate. Cohen has also worked with NW senior staff Maggie Grieve and Debby Visser before they joined the NeighborWorks “success measures” program and has appeared on panels discussing trends in philanthropy at a handful of meetings of the executive directors NW-affiliated community-based organizations.

Anatomy of a Rollout Disaster: The Paycheck Protection Program

Will Federal Regulators Gut Community Development under Cover of COVID?