What Should Nonprofits Learn from the Amazon/USPS Deal? Collaboration 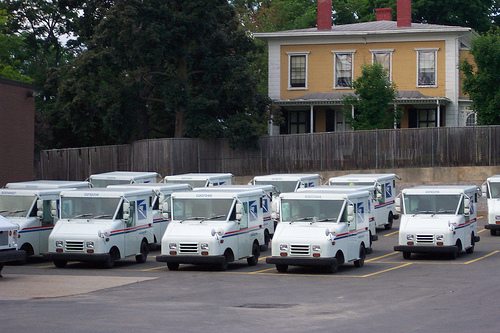 Some might wonder why NPQ has chosen to cover this story, but it fits in with a trend we have been following on the blurring of sectoral lines. In some cases, this blurring causes an organization to change sectors—from for-profit to nonprofit, for instance—or to take on some of the characteristics commonly associated with another sector, like when a for-profit asks for donations to survive. But sometimes it takes the form of a production-line type of collaboration between sectors.

This story is a big one, in that the wildly successful Amazon is partnering with the U.S. Postal Service, a quasi-governmental organization, to begin Sunday deliveries, starting in New York and Los Angeles but, if successful, moving to “a large portion of the U.S. population” in 2014.

Amazon is competing with eBay and retailers like Target and Walmart, each of which offers seven-day delivery for some products, so the move is necessary for Amazon’s competitive position. It has, for the past few years, been wrestling with its distribution systems, investing heavily in local warehouses, so this seems a logical step.

“If you’re an Amazon Prime member, you can order a backpack for your child on Friday and be packing it for them Sunday night,” said Dave Clark, Amazon’s vice president of worldwide operations and customer service, in a press release on Monday.

For the Post Office, the move is interesting, since Postmaster General Patrick Donahoe asked lawmakers earlier this year to allow the Postal Service to switch to a five-day delivery schedule for first-class mail as a cost-cutting measure. The proposal was turned down by Congress, but Donahoe, in a press release, says that the Postal Service is very happy to offer shippers like Amazon a Sunday delivery service, since it has the infrastructure in place, does some limited Sunday deliveries now, and the lack of package delivery on that day causes a massive backup on Mondays during holiday shopping seasons. In other words, it has excess capacity that it could be using to a strategic advantage, and it appears that it may be relatively alone in a major push to Sunday deliveries among the nation’s big shippers, at least for the moment.

Amazon’s deal is apparently not exclusive, but the U.S. Postal Service is reportedly not in negotiations with any other retailer right now, right before the holiday season starts.

In the Washington Post, NPQ contributor Brian Fung says that the deal is disruptive, in that “This is one of the few cases we’ve seen of what we’ll call reverse contracting—when the private sector hires a government agency to fill its need rather than the other way around. We haven’t seen much of this, in part because there are so few publicly run, consumer-facing services like USPS at the federal level. There’s Amtrak, the Corporation for Public Broadcasting, and a handful of others. But the pact between Amazon and USPS might open the door to further reverse contracting. If this venture takes off, Amazon may unintentionally wind up pioneering a new model for public-private partnerships.”