What Works in a Post-Hero Economic Strategy 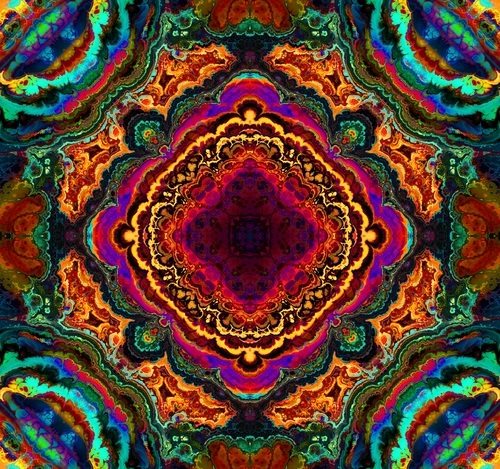 The Knight Foundation’s release of a report examining the experience of the Fund for Our Economic Future cannot help but stimulate thinking about what works and what doesn’t work quite as well about foundation collaboratives. The Fund’s target from its beginning in 2004 was “to address the long-term economic trajectory of Northeast Ohio,” a region that a decade ago included some of the nation’s most troubled metropolitan centers—Cleveland, Akron, Canton, Elyria, Lorain, Warren, Youngstown. A few were on the same trajectory that nearby Detroit finds itself today. Now, even though these cities are hardly past the economic troubles that have affected the entire region, there’s little question that region is no longer gutted by the despair that affected many people in these cities back then.

Brookings Institution social scientists Bruce Katz and Jennifer Bradley have touted the Fund in their recent book, the Metropolitan Revolution, as the epitome of what they call the “post-hero” economic strategy. Rather than looking for the lone superhero who can (with his or her buddies) pull a depressed city out of the depths, Katz and Bradley think the Fund demonstrates the importance of an alternative approach: networks. In the days leading to the establishment of the Fund, a Cleveland Plain Dealer editorial debunked the fruitless search for economic superheroes and neatly explained the network concept:

“No mayor, however persuasive or dynamic, is unilaterally going transform the northeast corner of Ohio,” wrote the Plain Dealer, in a piece titled, “Who Will Lead the Region out of Its Crisis?” “No lone-eagle innovator, however ingenious, instantly will reverse decades of income stagnation and educational neglect. No single public project, however daring, will make this region a magnet for the smart, industrious people who are the raw material of the Information Age. Instead, lots of people, acting individually and collectively in different arenas and different niches, must step up and lead.”

The Knight study draws the findings of a strategic review of the Fund to explore what made the Fund work. It is hard to imagine anyone associated with the fund declaring the work done, as the region, like much of the Rust Belt, faces innumerable economic challenges. But the report highlights impact metrics such as 14,543 jobs (created or retained) and $2.87 billion in capital raised. Six key lessons are offered as the “secret sauce,” in the report’s terminology, behind the collaborative effort:

Missing in the report is the analysis of the shortcomings and limitations of the Fund’s special sauce, but the report wasn’t meant as a pro and con. It’s mostly pro, but the Fund doesn’t seem to have generated some of the antagonism associated with other foundation collaboratives around the nation. To that point, our field explorations on foundation collaboratives in Detroit over the past few years found many leaders looking to the Northeast Ohio fund as a model they hoped to emulate in the Motor City.

Buying in with $100,000 minimum commitments, the Fund has as members the George Gund Foundation, the GAR Foundation, the Surdna Foundation, the John S. and James L. Knight Foundation, the Nord Family Foundation, various community foundations, the region’s big hospitals and universities, and a few corporate foundations including the philanthropic arm of Forest City Enterprises, the big national real estate developer. But it is hard to imagine that the Fund doesn’t have its share of rocky moments.

For example, in 2010, the Cleveland Foundation’s board vastly reduced its funding commitment. After putting $22 million over the first five years of the Fund’s existence, the Foundation committed a total of only $300,000 for the next three, meeting the minimum threshold for institutional membership. It isn’t totally clear, but it appears that, at that time, some of the Foundation’s concerns were about the regional direction of the Fund taking its investments far from Cleveland proper and about the fact that despite its significant capital investment in the Fund, the Foundation’s voting influence was the same as other members that had contributed only the $100,000 minimum.

Having watched other intermediaries in the past, such as the first decade or more of the National Community Development Initiative (now called Living Cities), we know that foundations’ specific geographic priorities sometimes bubble up to make the collaborative thinking and grantmaking process troublesome. While in NCDI there might have been as many as two dozen cities targeted for the collaborative’s community development investments, some funders appeared to be willing to add their names so long as the cities of their specific interest got something close to the funder’s proportional share of the capital investment—or more. For Northeast Ohio and for metropolitan Detroit, negotiating the different philanthropic boundaries of the various foundations at the table is always a challenge.

The robust capitalization of intermediaries is always another challenge in a multi-funder economic development collaborative. The Fund, for example, seems to rely on six intermediaries, two of them actually established after the Fund itself and two in the immediate years preceding the Fund. One of them, JumpStart, was founded in 2003 and has received $12.8 million in Fund support toward its mission of “strengthen[ing] Northeast Ohio’s entrepreneurial ecosystem by helping raise capital and advocating policies that support a network of incubators, accelerators, and investors.” Typically, JumpStart invests $250,000 per start-up and provides coaching and advice. However, some potential entrepreneurs have criticized perceptions that JumpStart has a bloated infrastructure and is too risk-averse, and that its job creation numbers may not be empirically verifiable.

The criticism of intermediaries feeding themselves is not unusual, especially when potential beneficiaries, both for-profit and nonprofit, imagine themselves having direct access to the resources that the intermediary may be, as they see it, siphoning off. A 2013 report on JumpStart prepared by the Center of Urban Affairs at Cleveland State University says that the 127 JumpStart-supported companies have generated 1,652 jobs in Northeast Ohio in 2012. However, on closer inspection, that job creation number is divided between 849 jobs directly attributable to the 127 companies, another 282 “indirect” jobs that the report suggests resulted from hiring done by other companies in the region that supplied goods or services to the JumpStart companies, and 521 jobs that were “induced” by the increased household spending attributable to the earnings of the hired employees.

There are many people who tend to give lower weight to the validity of indirect and induced job creation numbers, and therefore would look at JumpStart’s 849 jobs in 2012 as the key measure of the intermediary’s job creation impact. (In 2010, the companies only employed 547, and in 2011, 775). In Fiscal 2012, it spent $10.855 million; in 2011, $10.485 million; and in 2010, $9.421 million. JumpStart employed 61 people in 2012, 55 in fiscal 2011, and 36 in fiscal 2010, according to its Form 990 submissions as viewed on GuideStar. In regions where many nonprofits and budding entrepreneurs are themselves short of capital, they will look at the income, expenditure, and employment numbers of foundation-supported intermediaries and raise questions about their utility and effectiveness.

Ultimately, the key in these foundation collaboratives is the authenticity of the civic engagement. At a discussion at the Hudson Institute of the foundation roles in trying to revitalize Detroit, speakers talked about the tens of thousands of Detroiters who had been involved in the foundations’ planning and outreach efforts, much like the thousands in the Fund’s Voice & Choices effort in Northeast Ohio. The concern, however, was expressed in the Hudson seminar that some residents feel like they are participating for purpose of the head count, in that the foundations (or at least the foundations’ technical experts) pretty much know in advance what they want to achieve and use the civic engagement process to legitimize the decisions that they, as the insiders, are going to pursue almost as a matter of course. In fact, a comparison of the various kinds of initiatives of the Northeast Ohio Fund’s intermediaries—healthcare industries, bioscience, high tech investment, entrepreneurial start-ups, innovation-based clusters, etc.—look much like elements of the economic development and entrepreneurial initiatives being pursued by the Detroit funders. How much does the engagement of citizens really shape these foundation initiatives, or does the template become almost unavoidably similar for regional economic development strategies in Rust Belt regions?

The Knight report doesn’t get into these issues, at least not with much of a critical view that pokes and prods at the substance of the Fund’s secret sauce. It does strike us, however, that the Fund has been able to mobilize numbers of people and multiple organizations for the successful attraction of federal resources, many of which are probably off the table for regional efforts like Detroit’s, which have been perhaps slower in getting started and bumped up against a rapidly retrenching federal government. It seems that Northeast Ohio’s efforts have had strong elements of civic engagement, if only from the longstanding civic engagement commitments of core local philanthropic partners in the Fund, such as the George Gund Foundation. Moreover, despite the troubles of all of these communities, the governmental structures of these Northeast Ohio cities, as troubled as they might be, haven’t succumbed to the dysfunction and bankruptcy that we have seen in Detroit. In Northeast Ohio’s case, the foundations had local and federal government partners to draw into the mix. That may be the part of the “sauce” recipe that eludes regions that may be as troubled, if not more so, than Northeast Ohio, but come later to the game.