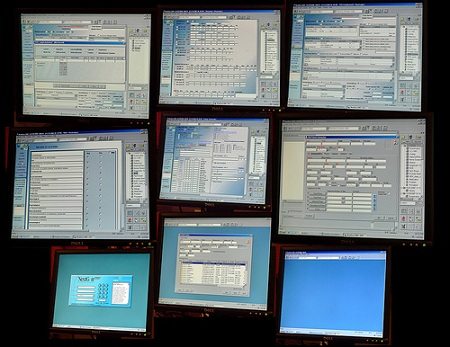 NPQ would like to hear from readers about this important issue: what should be done now that the promises made regarding the benefits of electronic medical records are called into serious question?

In a recent editorial, the Washington Post notes that a 2005 Rand Corp. analysis projected that the United States could save $81 billion in health care costs each year and vastly improve patient care by digitizing patient records and other data. On this basis, the federal government has poured many billions into incentivizing the switch and community health centers have worked long and hard to ensure that they were poised with electronic medical records (EMRs) to take on a larger role in the country’s new healthcare scheme. But now, seven years later, another article by Rand researchers admits that the effort has not yet produced any cost savings but, to the contrary, may even be costing the taxpayer more.

A New York Times article from September of 2012 titled “Medicare Bills Rise as Records Turn Electronic” noted, “The move to electronic health records may be contributing to billions of dollars in higher costs for Medicare, private insurers and patients by making it easier for hospitals and physicians to bill more for their services, whether or not they provide additional care.” This is often done through the “upcoding” of services. In fact, according to the new Rand report, in the years since its prior study, “annual health care spending has grown by $800 billion annually.”

On top of that, there are mixed findings as to whether or not EMRs have improved quality of care. Some records do not integrate well between institutions and many are not user-friendly. The slowness of adoption, say the Rand researchers, is a big part of the problem here, but how much credibility do they have? Now the big brains at Rand are suggesting that the “failure of health information technology to deliver on its promise is not caused by its lack of potential, but rather because of the shortcomings in the design of the IT systems that are currently in place.”

Now you tell us. The recent study’s co-authors suggest that to realize the potential of electronic medical records:

But as this article in Data Center Journal states, “the scientific veneer for justifying financial incentives by the federal government has largely evaporated. Some incentives may remain, but the heyday has passed.” NPQ would love to hear from providers about this most recent wrinkle in the transformation of healthcare in the U.S. –Ruth McCambridge