When the Onion Writes the Pentagon’s Scripts: Je Suis Abdullah 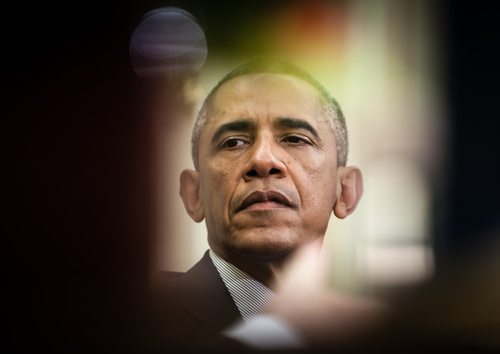 As a follow-up to our story on President Obama’s decision to cut short his trip to India to visit with new Saudi king Salman, we had to share this. Although worthy of The Onion, it is real—unless we, Mother Jones, the Washington Examiner, the National Review, and scores of other outlets have been snookered by a fabulous prank. On behalf of the Pentagon, General Martin Dempsey, chairman of the Joint Chiefs of Staff, announced that the National Defense University would sponsor a research and essay competition in honor of the late King Abdullah, who died last week at the age of 90. Calling the dead king a “man of remarkable courage,” Dempsey said that the essay competition was “an important opportunity to honor the memory of the king, while also fostering scholarly research on the Arab-Muslim world.”

Give that some thought. An essay competition to honor the Wahhabi king who financed terrorism around the world, repressed his own people, denied some of the most basic rights to women, authorized mutilating or beheading “criminals”…oh, the list goes on and on. The fact that this competition was announced by President Obama’s military chief as the president goes to Saudi Arabia has given politically conservative outlets the opportunity to lambaste the president for honoring Saudi Arabia’s Wahhabi monarch.

Abdullah ruled as the regent, the de facto ruler of the country, beginning in 1995 when King Fahd suffered a serious stroke and became king in 2005 when Fahd died. Mother Jones published its entry in the essay competition, noting Abdullah’s infamous accomplishments against women’s rights, the rights of migrant workers (including domestic workers), peaceful protest, torture, and more. Another category MJ could have added was Saudi Arabia’s horrific record on domestic violence and child abuse during Abdullah’s reign, epitomized, so to speak, by the unbelievably vicious rape and beating of a five-year-old girl by her father, a celebrity preacher in Saudi Arabia, because he suspected she wasn’t a virgin. Lama lingered for 10 months before dying as a result of the sadistic beatings she endured. It took her death to prompt the Saudi royal family to do anything about domestic abuse, but don’t credit Abdullah. By 2013, Abdullah was so ill it is likely that others in the royal family were in charge of making that begrudging acknowledgement.

So why is President Obama making a sharp detour to spend time with King Salman? By failing to show up in Paris for the Charlie Hebdo rallies (the White House was reportedly “surprised” that 40 heads of state including Western European allies plus Netanyahu from Israel and Abbas from Palestine did), the president may be saying to the world, even if unintentionally, “je ne suis pas Charlie, mais je suis Abdullah.”

Please share with us your ideas for the Pentagon’s essay completion. Send them to us…and perhaps to The Onion as well.—Rick Cohen