Where Almost No Foundation Has Gone Before: The Templeton Foundation Searches for Aliens 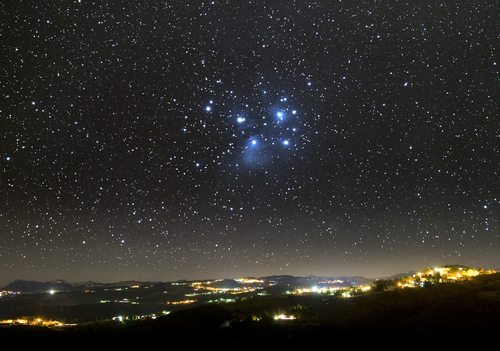 No small ideas for the John Templeton Foundation. According to its distinctive mission statement, the Templeton Foundation defines itself “as a philanthropic catalyst for discoveries relating to the Big Questions of human purpose and ultimate reality.” Among its research areas are “complexity, evolution, and infinity to creativity, forgiveness, love, and free will.”

One of the Templeton Foundation’s latest “big questions” grants is $200,000 for Geoff Marcy, an astronomer at the University of California Berkley, to search through data collected by the Kepler telescope, typically used to identify planets outside our solar system, to identify the spaceships of alien civilizations. To identify planets, astronomers look for the dimming of the light of stars to indicate the presence of planets passing in front. Marcy plans to use the same approach to look for alien spaceships passing by stars. He also plans to look for laser transmissions from alien civilizations.

The impact measurement seems pretty clear: find the aliens or don’t. As an example of a foundation that takes risks, the $2.5 billion Templeton Foundation certainly fits the bill. According to Discover magazine, Templeton awarded 178 grants in 2012, averaging over $970,000 (Note: we don’t see that count on the Templeton website, whose grants search webpage counts only 25 grants in 2012). The magazine explores the 2012 grant portfolio to ask whether the foundation’s grants support science or science fiction, suggesting its projects on extraterrestrials, faith healing, and the afterlife might be stretching the boundaries of solid research. To answer the question, Discover generates a two-by-two chart of Templeton’s grants, with the horizontal axis going from “helps you” to “helps the world” and the vertical axis from plausible to implausible.

In the plausible/helps-you quadrant, Discover places Templeton projects aimed at answering questions such as whether belief in an afterlife affects work behavior, how chemicals such as testosterone and oxytocin affect people’s financial decisions, and what prayer is. As plausible/helps the world, the projects include what motivates generosity and why soldiers commit war crimes. In the implausible/helps-you quadrant are questions about whether faith healing works, whether there is a purpose to the universe, and whether going to church helps the mentally ill. Finally, in plausible/helps the world, the questions are how to detect multiple universes (multiverses) and Marcy’s project, which Discover says is aimed at finding massive orbiting solar power stations constructed by aliens.

To be fair to Templeton, it funds a great many projects addressing a wide variety of projects in genetics, mathematics, and much more. Many of its social science-oriented projects have conservative themes focused on free enterprise and free will, including a grant to two College of William and Mary professors to explore incentives for helping developing countries liberalize their economies and political systems, a grant to the GSPEL LLC to explore and support Catholic free enterprise aimed at tackling poverty, and one to the American Enterprise Institute to promote the role of the private sector and free markets in K-12 education.

But how do you feel about Templeton’s “big questions” grants, like the grant to Marcy to search for alien spaceships and orbiting space stations? Does it matter that they might lean toward implausibility?—Rick Cohen