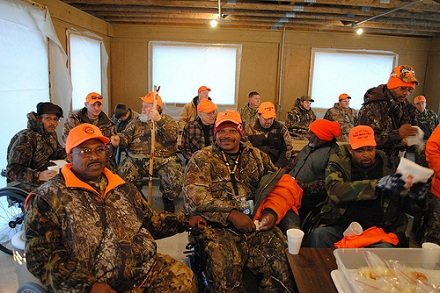 CNN has reported that the Disabled Veterans National Foundation (DVNF) has joined the unfortunately long list of questionable American veterans’ nonprofits. DVNF has accumulated about $56 million in donations since it began in 2007, yet according to the DVNF’s tax filings with the IRS, close to nothing has directly gone to direct services for American veterans. So where are the donations going to if they aren’t going to the individuals the foundation was created to serve?

The Disabled Veterans National Foundation has allegedly spent tens of millions on marketing and has also distributed large shipments of unneeded items to veteran groups such as candy and hand sanitizer bottles. DVNF posted an announcement on their website of “badly needed” goods arriving to veteran aid centers in Birmingham, Ala. J.D. Simpson, who operates the St. Benedict’s veterans’ charity in Birmingham, stated that the packages they received actually consisted of 11,520 bags of coconut M&M’s and 2,200 little bottles of sanitizer, among other unnecessary items.

“I ask myself what the heck are these people doing stealing from our veterans because that’s what they are doing,” Simpsons said. “I don’t care how you look at it. These people have sacrificed for our country. And there are some people out there raising money to abuse ‘em and that just makes me mad.”

CharityWatch gave the DVNF an “F” grade based largely on the amount they spend on fundraising as opposed to delivering services. Unfortunately, DVNF is not the only such offender. CharityWatch president Daniel Borochoff notes that thirty veterans organizations were graded for actual donations and two-thirds were given “D” or “F” grades. According to Borochoff, “Up to $2 billion is raised in the name of veterans in this country and it’s so sad that a great deal of it’s wasted.”

NPQ has recently been observing a pattern of sketchy veterans’ organizations being exposed. While we have noted that such cases should not be seen as the norm among veterans’ charities, it is becoming clearer and clearer that the nonprofit sector may not be doing enough to weed out some bad apples. Nonprofits should be doing more for veterans, as should foundations. For more on what they can and should do, see the most recent edition of the Cohen Report. –Aine Creedon