Where Was Government Oversight in Lompoc Housing Group’s Failure? 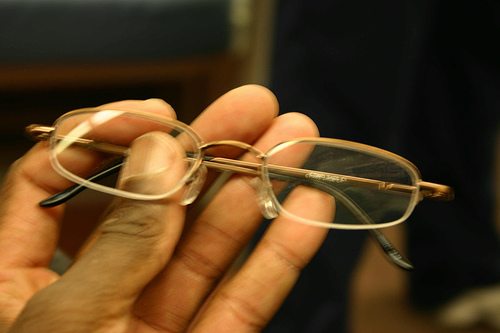 Bo Poertner’s coverage of the Santa Barbara County grand jury report on the implosion of the Lompoc Housing and Community Development Corporation (LHCDC) is a must-read about nonprofit accountability. There’s no question that many, many things went seriously wrong with the LHCDC, which served as Lompoc, Calif.’s primary provider of affordable housing and homeless shelter services. But its failure wasn’t a tree falling in the forest with no one there to hear or see. Like many other instances of nonprofit troubles that we have covered in the NPQ Newswire, the nonprofit’s accountability issues are frequently accompanied—or even abetted—by inadequate governmental oversight.

When government provides funding to nonprofits through programs such as the Community Development Block Grant or the HOME program, government is the partner of the nonprofit.  Remember, no matter their shortcomings, CDCs like LHCDC (or Rebuild Durham, whose troubles we noted earlier this week) are being funded to tackle these communities’ toughest problems: building and maintaining affordable housing and providing shelter for the homeless.  Municipalities can’t simply send off CDBG and HOME checks and then sit back to see the results. They are partners, and that means providing oversight to spot problems as they emerge, not after they are too late to remedy.

The grand jury report in the LHCDC case, which is titled “A Failure of Oversight,” hits the nail on the head. LHCDC’s protracted collapse didn’t occur overnight and didn’t occur—or shouldn’t have occurred—without anyone in positions of authority to take remedial action. The report calls out the City of Lompoc and Santa Barbara County for inadequate oversight of LHCDC despite plenty of indications that things were wrong, including allegations of noncompliance with program regulations, overcharging low income tenants for rents, and failure to provide financial reports.

Our own read of the grand jury report suggests several huge lacunae of inadequate governmental oversight, including:

The report includes scathing criticism of the public entities involved, pointing to a history of events that “demonstrates a pattern of missed opportunities by Santa Barbara County Housing and Community Development, the Lompoc RDA, and the Lompoc City Council to enforce their respective responsibilities for compliance with contractual obligations.” The report concludes, “In the end, neither the interests of the people in need of low income housing nor the interests of the taxpayers were served by agencies exercising discretion in the enforcement of regulations.  If attention had been paid and LHCDC had been forced to better manage its affairs in a timely fashion, low-income renters in Lompoc would have been much better served, and taxpayers would have been saved millions.”

The LHCDC refused to cooperate with the grand jury audit, which is sad. Lompoc Record reporter Carol Benham, who was responsible for much of the Record’s coverage of LHCDC over the years, reports that the grand jury report is “proof of a massive failure to oversee taxpayer funds and to hold LHCDC accountable for almost anything.” If that is true, then aren’t some public sector officials culpable—along with the LHCDC leaders—for the misuse of public funds?—Rick Cohen