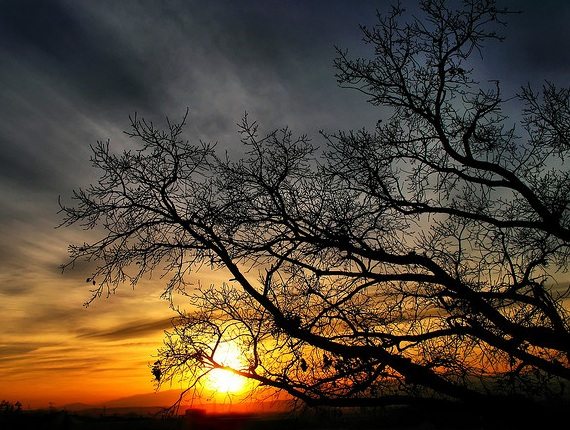 A few weeks ago, Tom Vilsack, Secretary of the U.S. Department of Agriculture, delivered the closing speech at the rural philanthropy conference of the Council on Foundations in Kansas City. A big theme of his speech was the White House Rural Council, created by President Obama on June 9, and chaired by Vilsack himself.

Vilsack tried to convey his excitement at the speed of the initiative and the level of commitment from the very top of the Administration. He talked about the Rural Council’s meetings, its hearings, and so forth. After he finished, I attended a press “gaggle” where reporters were allowed to ask questions of the Secretary. I asked whether the Rural Council was going to address the problem of programs that left rural communities at a competitive disadvantage or skipped over rural communities entirely. (I also cited the Social Innovation Fund’s basic omission of the rural “fly-over” states—including Iowa, where Vilsack served as governor.) Looking none too pleased with my question, Vilsack suggested that the Rural Council was new, had just gotten underway, and it would probably get to that kind of question over time.

Lo and behold, less than a month after the Kansas City gathering, the White House Rural Council has released a report, Jobs and Economic Security for Rural America (PDF), which, according to a Vilsack blog post, the Council had been working on since the President’s executive order in June.

Rural advocates might be a bit disappointed in this first product of the Rural Council. The 28-page report (with cover letters from Obama and Vilsack) contains three pages of bulleted “accomplishments that this Administration has achieved in rural communities” and nine pages of “The President’s Commitment to Rural America,” more bullets. Sad to say, it’s basically a campaign document, not a blueprint for laying out problems and calling people to action.

Coming as it does on the heels of Vilsack’s performance in front of a couple hundred foundation leaders in Kansas City, the report is oddly bereft of any mention of nonprofits or foundations except for the obligatory inclusion of “civic and community organizations” among the desired stakeholders that the USDA hopes to see involved in “private partnerships” (we hope the report meant “public-private partnerships”).

According to its web page, the three “core functions” of the Rural Council are:

2.     Engage stakeholders on issues and solutions in rural communities

Perhaps the report simply failed to mention all the rich input it has received from “stakeholders,” including some who we know were testifying in front of the Rural Council even as the Secretary was giving his philanthropy speech in Kansas City. To find out, we checked the Rural Council website and blog to look at the “related blog posts.” Aside from the posts describing Obama Administration rural programs, many were profiles of rural “Champions of Change.” Apparently, the White House has spent 17 weeks identifying and lauding rural and urban Champions of Change—“ordinary Americans . . . doing extraordinary things in their communities to out-innovate, out-educate and out-build the rest of the world.” It sounds like the Obama Administration’s version of President George H.W. Bush’s “Points of Light” program, seasoned with the currently popular flavor of American exceptionalism.

The Administration could do a lot better by rural America than sending White House bouquets to a few rural “champions.” Remember how the report felt campaign-ish? The president yesterday appeared in Peosta, Iowa at what was billed as the White House Rural Economic Forum. His speech mentioned not a word about investment in the nonprofit sector or in public-private partnerships. Rather, it sounded like a campaign speech that might have been given by any number of presidential candidates trolling Iowa crowds for votes, with soundbites tuned to the political moment:

On the campaign trail in 2007, Obama pledged to hold a rural forum once he was in office, so this was apparently it. But a forum plus “commitments” that involve no new laws and no new resources, just repositioned or retargeted dollars, as he said in his speech, don’t do much, and the words feel like American exceptionalism cheerleading, not a solid response to the poverty of rural America (remember, of the 200 poorest counties in the U.S., 192 are rural).

In fact, if his speech had mentioned poverty (it didn’t) instead of the middle class (it did), the president might have spotlighted the special role of nonprofits in lifting rural areas up and out of poverty. For example, in Helena-West Helena, Arkansas, where 40 percent of the population is below the poverty level, the area is reportedly on the upswing in a big way, with credit going to nonprofit partners such as Southern Bancorp Capital, the Walton Family Foundation, the Delta Area Health Education Center, and the umbrella Delta Bridge Project. It is a model, not because it has on a micro-level somehow removed Helena-West Helena from the macro problem of poverty, but because it demonstrates how a vibrant nonprofit infrastructure is the key element of a strategy for accessing and delivering federal resources—like those that Secretary Vilsack is promoting in the Rural Council report—for the rural communities most in need.

In these times, it may be de rigeur for politicians to avoid the word “poverty” and to emphasize varying degrees of reliance on free-market solutions with meager dollops of federal government incentives or, dare we say, stimulus. That may be the common currency of today’s politics, but it doesn’t work for rural areas that have seen long-term decline. Building the nonprofit infrastructure—community developers, community development financial institutions, community foundations, and rural advocacy organizations—is a prerequisite to rebuilding rural America. That chapter of the White House Rural Council’s report needs to be written—and fast.—Rick Cohen