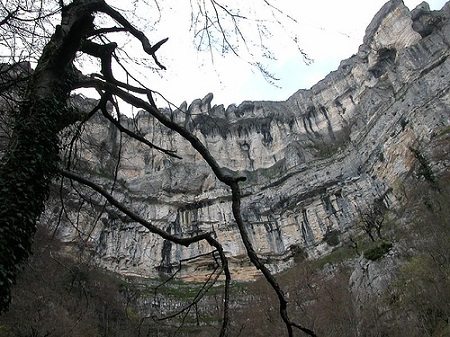 As the nonprofit sector focused its laser-like attention on protecting the charitable deduction from seven to ten cents on the dollar of maximum deductibility, other issues of critical importance to nonprofits slipped through the crevices of the fiscal cliff deal. The biggest issue to take a whack with no response from the generic nonprofit sector leadership organizations was health care reform. Several provisions of the fiscal cliff bill removed critical funding and underpinnings of the Patient Protection and Affordable Care Act (ACA), sometimes called “Obamacare,” with particularly extreme impacts on provisions that involve nonprofits.

Overall, the cliff bill doesn’t stop the efforts of the 24 nonprofit cooperatives that have already been approved for approximately $2 billion in start-up loans from the Department of Health and Human Services, but it sinks plans for nonprofit cooperatives in another 26 states. Was this a money-saving effort for cutting the budget deficit? No. The cooperative funding was start-up loan money, most of which would presumably be repaid. Congress had already slashed start-up money in the ACA from $6 billion down to $3.4 billion in the last set of budget negotiations last year. Now, the cliff bill eliminates all new start-up loans, even for efforts that were in the planning and proposal stages, such as the Montana co-op’s plans for Wyoming and Idaho.

For nonprofit insurers, the cliff bill created winners and losers. The winners, who got their plans approved in 2012, included the likes of Coordinated Health Plans of Ohio, which got a $129 million loan in October, a farmer’s union in Colorado, the Freelancers Union in New York, and a culinary health fund in Nevada. The losers—those who were still inking the final details of their plans to submit to the U.S. Department of Health and Human Services—are the co-ops in the remaining 26 states whose plans were “torpedo(ed),” in the words of John Morrison, president of the National Alliance of State Heath Cooperatives. Co-ops in the application stages, such as the Kansas Health Cooperative, were “blindsided” by the fiscal cliff bill, to use Morrison’s description. Now, they’re but basically out of luck, especially in a state like Kansas, where Gov. Sam Brownback was hostile to many of the provisions of the Affordable Care Act from the get-go, leaving the cooperative without alternative funding options.

Recall that the “public option” was to create competition for the private insurers. Due to the ignorant sentiment that the public option meant government control of health insurance, Congress replaced that with nonprofit co-ops meant to compete with the big insurers, an option largely due to the intervention of former Sen. Kent Conrad (D-N.D), who sought to create at least some competition for the for-profits. Now, even that prospect of cost-saving competition is virtually gone.

All told, hidden in the recesses of the hodge-podge fiscal cliff bill produced by the U.S. Senate, the cliff sliced $1.9 billion from the national health insurance reform program. Doctors’ Medicare payment levels (the “doc fix”) will remain, but at the cost of cuts, including two that are of special importance to nonprofits and to community organizations. Medicare reimbursements to nonprofit and for-profit hospitals will be cut. Additionally, the Community Living Assistance Services and Support Program, which provides long-term community-based care for the elderly (as an alternative to institutionalization) will be repealed.

Why was the nonprofit sector so quiet about these provisions of the fiscal cliff bill? We’d venture a few guesses. First, the nonprofit sector mantra, particularly in the last months before the cliff deal, was to focus on the charitable deduction alone and stay out of other issues that were seen as “political,” such as the debate around tax rates for the wealthy. When an occasional leadership group dipped a toe into the discussion of higher rates for the wealthy or changes in entitlement programs, they were chastised by their peers for their political apostasy and, for the most part, their deviations from the script were momentary and minor. In that context, talking about health care reform would have been seen by some as a traitorous action, undermining the virtual unanimity of the sector around opposition to any tinkering with the charitable deduction.

Second, many nonprofit leaders walking the halls of the Capitol during charitable deduction lobbying days were not subtle about contrasting their advocacy for charitable giving with their disdain for government spending. Their statements about the greater effectiveness of charitable giving and their allusions to governmental program bureaucracy and inefficiency made it clear that many of them could care a lick for protecting programs that might fall prey to sequestration or other spending cuts.

All the while, a much more heavily capitalized set of lobbyists—the big for-profit health insurers—were also on Capitol Hill cozying up to the Senate, where the details of the fiscal cliff bill were crafted. These interests fought against what they viewed as a provision of the ACA that would create nonprofit competition for their plans on the health exchanges. With nonprofits telling lawmakers that charity works, Senate leaders could look at these emerging nonprofit insurers, supported almost entirely by fees and government funding as opposed to charitable giving, as something that the nonprofit sector didn’t particularly care for, ideologically speaking.

On the charitable deduction, the nonprofit lobbyists won the day with no worse an impact than a modified version of the Clinton-era Pease amendment. But they lost the day for nonprofit health insurance cooperatives and for the millions of consumers who would have been benefitted by the lower costs and increased competition these nonprofit co-ops would have brought to the health insurance market.