Who Is Paul Ryan (on Wikipedia)? 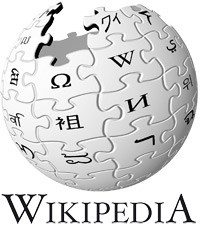 In what is now a new part of the national election cycle, Wikipedia was barraged over the last week with editorial additions to—and deletions from—the profile pages for potential Romney picks for his hopeful VP. Of course, attention in recent days has focused on the page of Rep. Paul Ryan (R-Wisc.). Writing for The Atlantic, Megan Garber commented, “On August 8, the Ryan entry saw just over 30 revisions. On August 9, it saw just under 30. Yesterday (August 10), it saw just 10. Today (August 11), however—early on a Saturday morning, East Coast time—it’s already received hundreds of revisions. And the official news of the Ryan selection” was then just over an hour old when Garber wrote this.

Putting this in context, earlier in the week, Stephen Colbert had suggested that people edit the pages of the possible veep picks, saying, “Nation, let your voice be heard in this historic decision. Go on Wikipedia, and make as many edits as possible to your favorite VP contender.” This caused site administrators to temporarily lock down the pages to all users other than those who were already registered. The pages are now open for editing again.

The framing war continues apace. The current battlefield du jour is the relevance of the fact that Ryan was voted “Biggest Brown Noser” in high school. NPQ is merely noting this as a small change in the electoral landscape. –Ruth McCambridge