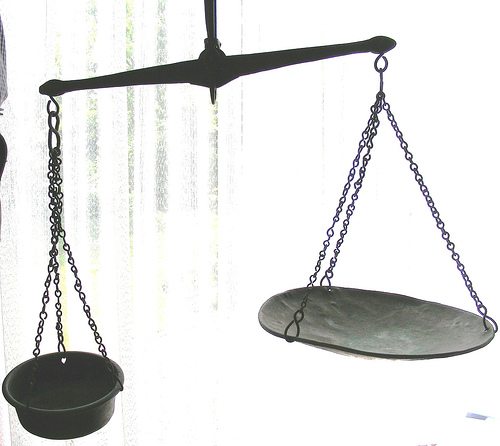 Legal Services of Northern California for the Mother Lode region has only about half of its previous staff; though it covers six counties, it is down to one full-time attorney, one part-time attorney and two support staffers. These kinds of reductions do not just seriously impact low income individuals in crisis but they also may seriously affect the community and service delivery environment.

One story from this particular legal services office illustrates this second point. Relates the Auburn Journal:

“When a local nonprofit sober living home needed legal representation to stop the eviction process when a home it was renting went into foreclosure last year, they turned to the Legal Services of Northern California Motherlode Region.

Bob Murray, president of Home, Help and Healing, located in Auburn, said the attorneys there were able to persuade a judge to rule that Fannie Mae must honor the lease between the organization and its landlord.

Murray said without the free legal services, they likely would not have able to afford to argue their case.

“They helped us stay until we could find housing for the men that were staying there,” Murray said. “I think that we would have had to just figure out how to find places for the guys or turn them back to the street because we wouldn’t have been able to afford it.”

Legal aid societies across the country have been hit by a combination of reduced federal funding, reduced funding from Interest on Lawyer Trust Accounts (IOLTA) and grants. In Emporia, Va., the local office of the Virginia Legal Aid Society is scheduled to be closed. In Ohio, the Legal Aid Society of Columbus saw their grant money decline from $5.7 million in 2007 to $3.4 million last year. Among other things, it has lost money that would be dedicated to domestic violence cases. Who do we imagine will take up the slack? In 2008, the Society employed 74 people; this year, it employs just 42.

Meanwhile, as if to convince us all how badly these mainstays of social justice are needed to monitor and respond to an environment which is enormously toxic to people with lower incomes, the Community Legal Services of Philadelphia (CLSP) filed a complaint a few weeks ago stating that Pennsylvania’s Department of Labor and Industry is slow in paying unemployment benefits. Sharon Dietrich of CLSP’s employment law practice says this will be made worse if the state follows through with plans to close an unemployment office in Philadelphia—one of only nine across the state.

States the article: “Federal standards say that 87 percent of first checks must be paid within 14 days of filing initial claims. Since the summer of 2008, Pennsylvania has fallen below that standard most of the time, although it beat the standard in June, for the first time in 18 months.”

This is exactly the kind of lawsuit that legal services offices pursue when they see a leverage point in a system that needs to be hit with legal redress. For anyone doing community work, legal strategies is part and parcel of what we must do and legal services offices are essential tools in achieving social justice. –Ruth McCambridge