Why Did This (Politically Connected) Group Get a Six-Figure Grant with No Track Record or Tax Status? 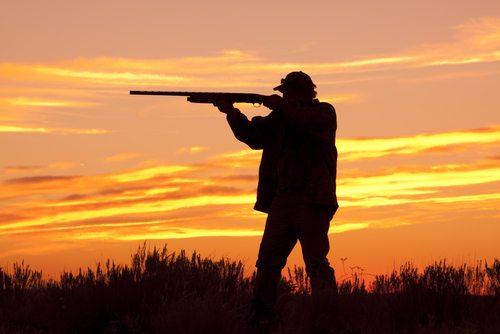 Two recent decisions by the Wisconsin Department of Natural Resources (DNR) illustrate the way political influence can sway agency actions. And if a nonprofit relies heavily on government funding, that can have a huge impact on its programs and bottom line.

The nonprofit United Sportsmen of Wisconsin Foundation, whose political arm worked on behalf of Republicans and GOP Gov. Scott Walker in recent elections, won a half-million dollar grant to persuade more people to hunt, fish and trap—despite having no track record and no sign of having filed a Wisconsin income tax return. This grant was rescinded last week, after the Wisconsin Journal-Sentinel reported that “United Sportsmen had misrepresented its nonprofit status and that its president had been cited in 2005 for shooting a black bear without the proper license.”

Meanwhile, the Wisconsin Wildlife Federation, which has been highly critical of major Republican initiatives, saw the department terminate its $239,000 contract to operate an environmental education center—despite a seven-year record of building the center’s popularity with school groups.

Some Democrats have long said the DNR should be insulated from partisan politics by restoring the authority of an independent Natural Resources Board to appoint the agency secretary. They complain that leaving the power in the governor’s hands interferes with the agency’s need to be independent from politics. In 1995, then-governor Tommy Thompson made the secretary a cabinet officer answerable to him. Since then, preserving gubernatorial control of the agency has been a bipartisan affair.

“All governors like to see their friends become recipients [of grants and contracts],” said State Sen. Mark Miller, who has pushed for a stronger Natural Resources Board. “But this governor has certainly demonstrated that he makes a lot of decisions on a political basis.”

A Walker spokesman said the governor was committed to ensuring public confidence in the way government hands out grants through openness and transparent processes.

But the entire episode just illustrates the delicate balance that nonprofits that engage in advocacy and seek public funding need to strike. Politicians don’t like grantees that bite the hand that feeds them, which argues that nonprofits should avoid taking positions on controversial issues if they are reliant on government grants or contracts. On the other hand, nonprofits that fail to advocate for systemic change on behalf of their clients, causes and communities are not living up to their responsibilities and missions.

From afar, it is difficult to say whether or not the decisions by the DNR were proper or if the two nonprofits were treated fairly. But it points out the importance for nonprofit leaders to strategically think through the positions they take on public issues when they are also receiving public funding.—Larry Kaplan