Why MIT’s So-called Neutrality is Indefensible: The Aaron Swartz Controversy 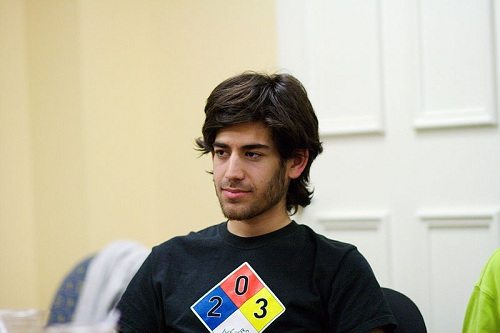 Last week, the Massachusetts Institute of Technology (MIT) released a report that looked at whether the university should have conducted itself differently in regard to the prosecution of Aaron Swartz. Swartz, of course, downloaded millions of academic documents from the JSTOR database at MIT in 2011 to make a statement about the need for knowledge to be free. He was charged with 13 felony counts and eventually committed suicide while awaiting prosecution. The report found that MIT had taken a “neutral” stance after referring the case to the police.

Some disagree with this characterization, calling it a whitewash, pointing out that JSTOR came out publicly against the prosecution while MIT did not, and others say that there is absolutely no valor or ethical good in taking a neutral stance. In this case, claiming wide-eyed neutrality is particularly disingenuous, considering MIT’s position in creating the era-changing societal conditions over many decades that made the confrontation inevitable.

Hal Abelson, one of the co-authors of the report, got close to saying that MIT was culpable by omission, in that “the MIT community didn’t recognize this prosecution as an opportunity to wrestle with societal complexities brought about by new technology, an area where MIT has traditionally engaged.” Abelson is a professor of electrical engineering and computer science at MIT; he’s also a founding director of both Creative Commons and the Free Software Foundation. His observation is, of course, both something of an understatement and relatively alarming.

Abelson puts the responsibility not just on the administration, but on the whole MIT community, saying, “The leadership of MIT responds to the sentiment expressed by the community. One of the things that really struck me is that there was almost nothing from MIT students in this. There was almost nothing from MIT faculty. So when I talk about missed opportunity, it really is the community that’s a missed opportunity. They didn’t see this as a chance to engage. Here this thing exploded right in the midst of the kind of academic community that should be thinking about this, and we just didn’t see it.”

Technological advances often get out well ahead of the ethical questions related to the use of those technologies. And many involved in the development of those technologies become blinded by a drive to develop, without a sideways glance to unanticipated consequences. But in this case, we are talking about a large, sophisticated institution that’s well known as a host to technological advances of all kinds, dealing with a question that is right at the core of what the institution has been working on for many decades: Should information and knowledge be free or cost the moon? The cost of attending MIT for one year, according to its own website, is $57,000, but it plays host to work that is making access to information and knowledge increasingly easy. At some point, these trends get on a collision course. And, as host, it had an obligation to look at the Swartz incident in context.

Aaron Swartz was, himself, an ethics fellow at neighboring Harvard University, when he downloaded the files in question. He had a clear ethical position that he was pursuing. Was it really impossible for MIT to address that position? —Ruth McCambridge