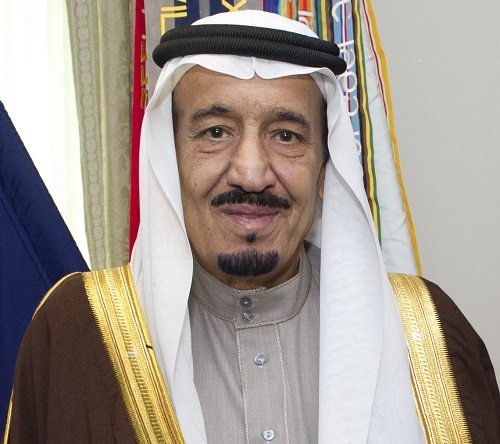 It’s tough to be President Obama, having to choose where to go for which event. The White House admitted that it was a mistake that neither President Obama nor Vice President Biden showed up in Paris for the march in support of free speech after the Charlie Hebdo murders, instead sending the U.S. ambassador to represent the world’s greatest democracy among Merkel, Netanyahu, Abbas, and other national leaders included in the crowd. Some of us thought that President Obama might have showed up in Ferguson as a statement on police violence toward young black men.

One place the President is going is to Saudi Arabia in recognition of the death of 90-year-old King Abdullah and to meet with his successor, 79-year-old and reportedly dementia-afflicted King Salman. Can you spell O-I-L? Or maybe it is I-S-I-L? Whatever the motivation, making Saudi Arabia a must-go raises questions about what values the U.S. government is upholding.

President Obama’s visit to the kingdom of the house of Saud will come during a brief interregnum in the flogging of Raif Badawi, a Saudi blogger who has been convicted of “insulting Islam” due to his calls for greater religious and political liberty. According to Quartz, one piece of evidence against the blogger was that he was found to have liked a Facebook page for Arab Christians. For these “crimes,” Badawi was sentenced to 1,000 lashes, 50 lashes per week, presumably a humanitarian decision after having been also charged with apostasy, which in Saudi Arabia is punishable by death. Saudi Arabia delayed Badawi’s second flogging ostensibly because his wounds from the first round of punishment haven’t yet healed sufficiently for the next stage of punishment.

Saudi Arabia is an ally of the freedom-loving U.S. against the ISIL extremists who have garnered significant attention in the West due to ISIL’s predilection for decapitating its captives. But Saudi Arabia commonly conducts its own public beheadings as its implementation of the death penalty. Quartz added that Saudi Arabia is one of only four countries in the world to still execute minors. Famously, Saudi Arabia punishes women with death by stoning for adultery and anyone with hand amputations if caught stealing.

Saudi’s proclivity for extreme punishment such as beheadings a la ISIL appears to reside partly in the nation’s support for Wahhabism, an extreme form of Sunni Islam originating with eighteenth-century Islamic scholar Muhammad Ibn Abd al-Wahhab. According to Middle East Eye, which developed the visual below, the standards of punishment of ISIL are almost identical to those practiced by the Saudi regime: 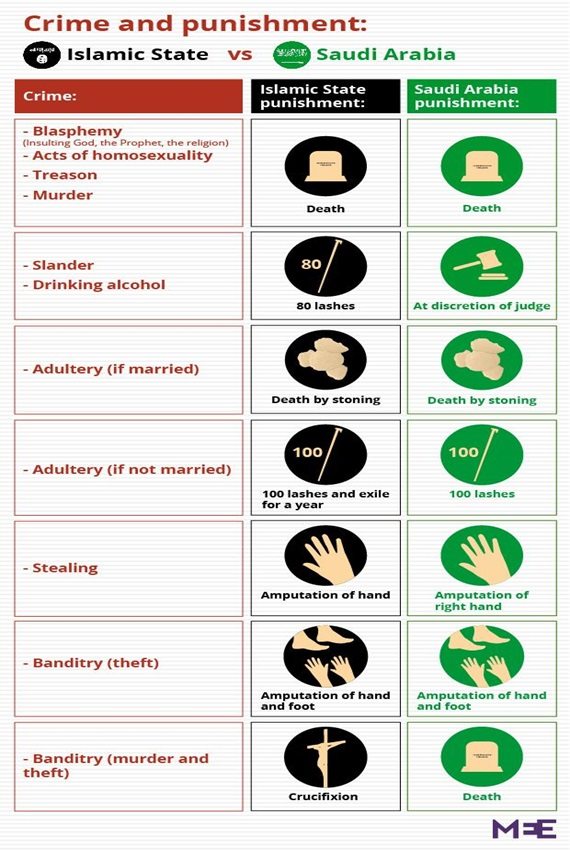 Given the freedoms that are guaranteed in the U.S. Constitution and the Bill of Rights, notably the prohibition against extreme forms of punishment, Saudi Arabia makes a strange and uncomfortable ally for the U.S. Although Saudi Arabia news isn’t frequently found in the NPQ Newswire, the kingdom’s nine-day jail punishment of a woman for the crime of driving a Lexus and the support that woman, Manal al-Sharif, received from 50 other Saudi women who took to the wheel in solidarity demonstrated the huge risks people in Saudi Arabia must assume when they challenge even the most outrageous of the nation’s rules.

President Obama has already planned to cut his trip to India short to chat with King Salman, assuming there is much of a chat to be held. Add this visit to the president’s failure to go to Paris as another miscue that will require White House Press Secretary Josh Earnest to eventually utter some sort of apology.—Rick Cohen