Why We (and Everyone Else) Overstated Possible Pentagon Cuts 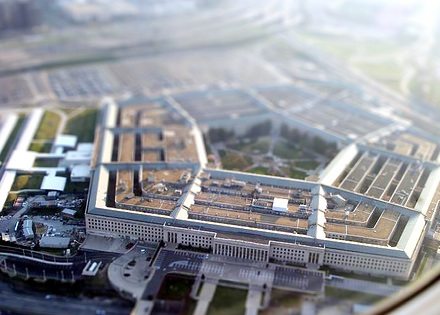 When you play blackjack at a casino, you hope that the dealer’s cards are accurate, even if you aren’t an illegal card-counter. In the sequestration gamble now being played out at the Capitol Hill casino in Washington, D.C., Justin Elliott of ProPublica has helpfully revealed that the house hasn’t played on the up and up when it comes to the pending automatic sequestration cut on the Pentagon budget.

Like much of the mainstream press, NPQ’s recent coverage of the sequestration battle used the figure of $100 billion as the pending automatic cut to military spending which will happen in January unless Congress decides to reduce the defense cuts and/or increase domestic spending cuts. According to ProPublica, we all fell for a sucker’s bet. The $100 billion number is wrong.

Republicans have been saying that the sequestration law cuts the military budget by a total of $600 billion. ProPublica reports that the law actually cuts the Pentagon by $492 billion. The $108 billion difference is the projected savings on federal government interest payments on borrowing that would be necessary to support higher military spending. Spend less, you borrow less, and therefore you save on interest. So the military would face actual cuts of only $492 billion. That number has been confirmed by both the Congressional Budget Office (CBO) and the Office of Management and Budget (OMB), meaning that the real figure of sequestration cuts to the bloated military budget is only $55 billion per year.

Here’s how it works. The total automatic sequestration cut is $1.2 trillion over a period of some years. 18 percent of that number is interest payments, so simply back out the 18 percent and you’re left with a total real budget cut of $984 billion—and half of that, $492 billion, is slated for the Pentagon.

Two things come to mind. First, if this is the case (and we think it is, as the CBO and OMB confirmations are pretty persuasive), why hasn’t the Obama White House gotten ahead of this issue and laid out the facts about the cut to the bloated Pentagon budget, rather than letting congressional Republicans and Defense Secretary Leon Panetta scare Americans with talk of a $100 billion cut? Second, shouldn’t this redouble the commitment of the nonprofit sector to defend the domestic budget in its competition for taxpayer dollars with the Pentagon?—Rick Cohen