Why Would the Red Cross Accept Money from Big Tobacco? 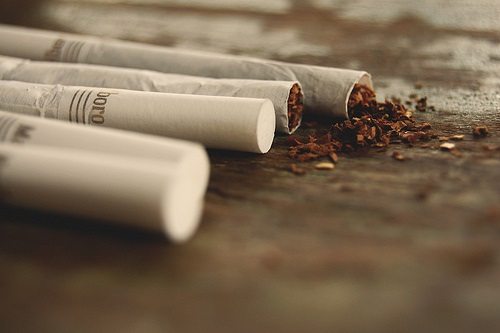 The International Red Cross initiated an anti-smoking component to its global disease prevention campaign in 2008 and, in doing so, stopped taking donations from tobacco companies. That isn’t the case with the American Red Cross (or the Red Cross affiliates in Russia and Germany). Jilian Mincer reports for Reuters that the American Red Cross has accepted at least $12 million since 2001 from tobacco companies, including the Altria Group, Reynolds American, and Philip Morris International.

This contretemps is a very clear example of the problems of some kinds of corporate philanthropy. The American Red Cross defends its use of tobacco money with the argument that any contributions, tobacco or otherwise, that help the Red Cross with its disaster relief functions are welcome and worthwhile. In contrast, last month the Public Health Law Center, Action on Smoking & Health, and other U.S. health advocacy organizations wrote a pointed letter to ARC President Gail McGovern calling for a change in the ARC’s tobacco money policies:

“The Red Cross/Red Crescent Movement is respected around the world for protecting life, health and human dignity. […] To lend its enormous credibility, connection and influence to an industry that sells and promotes a product that kills 6 million people a year is a serious violation of the most basic principles of public health.”

All too many corporations buy their way into the public’s good graces through philanthropic giving, and many nonprofits are quite willing for financial reasons to let that happen. It would seem that ARC has the fundraising mindset that the source of a nonprofit’s money is of no consequence so long as the nonprofit puts the money to good use. But in the case of the Red Cross, tobacco money compromises the organization’s credibility. If the Red Cross were only about disaster relief and not health, then maybe (and only maybe) it could make the argument that Howe makes about the importance of raising money for that purpose, even if the money came from tobacco companies. But the “what we do” page of the American Red Cross website identifies five categories of programs, one of the five being “Health and Safety Training and Education.”

One would think that the Red Cross had advanced considerably since World War I, when its famous “Red Cross parcels” sent to American troops in Europe contained packets of tobacco, and since World War II when they included packages of cigarettes. Public knowledge of the dangers of tobacco today would probably preclude even the tobacco-funded ARC from sending cigarettes to troops in Iraq or Afghanistan.

The ARC’s own guidelines for fundraising partnerships with businesses explicitly state that any “proposed promotion must not…encourage the direct sale and/or promotion of firearms, alcohol and/or tobacco.” Is the ARC’s acceptance of tobacco money allowable because someone might be able to argue that that that isn’t the same as “promoting” the use of tobacco? For the purposes of the tobacco industry, always interested in burnishing its image and reputation given the unchallengeable health dangers of tobacco use, the willingness of the ARC to accept tobacco company donations and the PR the companies get from associating with the Red Cross does approximate promotion—and implies that the Red Cross does not object to philanthropy based on products that cause cancer and kill millions of smokers and non-smokers.

The American Red Cross is a brand name itself, though recently tarnished as a result of ProPublica’s investigative pieces on the ARC’s alleged misrepresentation of cost allocations and expenditures and its performance regarding Superstorm Sandy relief efforts. Still, for most Americans who aren’t tracking stories about nonprofits, the Red Cross is still widely respected and trusted. Consequently, the ARC has a bigger responsibility than most other nonprofits when it comes to the messages its policies and actions imply. People look to the ARC, a health-related organization, and see its willingness to do business with big tobacco as a statement running counter to the many organizations that are divesting from tobacco stocks because of the societal costs and damage they cause.

Jesse Bragg, the media director of Corporate Accountability International, one of the organizations that signed the letter to the ARC, told NPQ that he believes that the Red Cross has “an opportunity here to set the precedent for other health-oriented nonprofits…especially because [the tobacco money] is such a small part of what they raise every year.” With over $3.4 billion in total revenues in 2013, ranking it sixth on the NPT Top 100 list, the American Red Cross could disgorge itself of tobacco money without much or any financial consequences. It is hardly a nonprofit “usually strapped for cash” “no matter what size…[it] is,” the explanation offered by one commentator as to why the ARC might solicit tobacco money.

“Why associate with an industry that kills six million people a year?” Bragg asks. That is exactly the right question for the American Red Cross.—Rick Cohen