Will Detroit Foundations Save the Nation’s Largest Black Museum, Too? 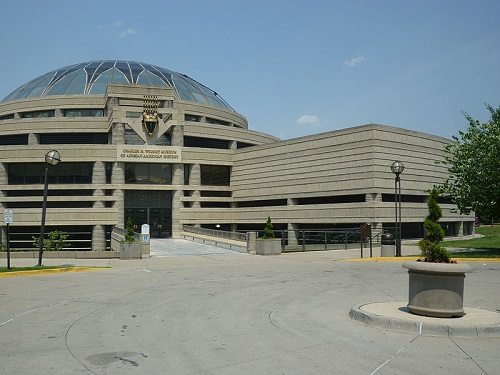 Ten foundations intervened in Detroit’s fiscal maelstrom, ostensibly to save the Detroit Institute of Art. Most were from Michigan, but among them were the Ford Foundation, based in New York (though rooted in Michigan’s auto industry), and the John S. and James L. Knight Foundation in Miami (because the Detroit Free Press was part of the Knight, later the Knight-Ridder chain from 1940 to 2005).

Assume that the intervention to save the DIA isn’t just a financial artifice for the foundations to contribute to the Detroit pension fund debacle. Why, then, aren’t these foundations talking about saving the Charles H. Wright Museum of African American History, the nation’s largest museum devoted to the African-American experience? The City of Detroit owns the Wright museum’s building, but ownership doesn’t mean that the city is delivering enough to keep the Wright museum as alive as the DIA. According to journalist Rochelle Riley in the Free Press, the City’s contribution to the museum dropped from 48 percent of operating expenses in 2010 to 21 percent this year. Riley reports that the Wright museum’s board says it cannot survive without city dollars. She says that the current operating budget is about $3 million less than it should have, which is reflected in the museum’s staffing, which is 24, but was once as high as 80, and should be near 60.

Has the plight of the Wright museum made headlines comparable to the national concern about preserving the DIA collection? Not to our recollection.

Detroit’s Wright Museum is distinctive, and not just because its African-American collection is reportedly the largest. The DIA’s roots go back to the Scripps brothers, the Fords, the Firestones, and the Dodges, but the Wright museum was the creation of Dr. Charles H. Wright, a local obstetrician who grew up in the segregated South before he moved to Detroit and graduated from Meharry Medical College in 1943. Concerned that African-Americans should have an appreciation of their history, Wright initially created the museum in the basement of his home in 1965.

However, like many museums dedicated to the black experience in the U.S., the Wright has had financial difficulties, nearly closing in 2004 but for an emergency cash infusion of a half-million dollars from the city. From 2006 through 2012, the years for which the Wright museum’s Form 990s are available on GuideStar, the museum has run an annual operating deficit even though its expenditures have declined annually, from $10.1 million in fiscal 2006 to a paltry $4.8 million in fiscal year 2012. Private contributions to the museum have dropped from $7.8 million in 2005 to $2.3 million in 2008, and down to $853,000 in 2012.

The Wright museum has been in financial trouble largely throughout its modern history. Unlike the DIA, it is a nonprofit, but one housed in a facility owned by the city of Detroit, which pledged to fund half of its annual operating costs but rarely if ever met that target. Reportedly, the museum has had strong success in raising money for its exhibitions, but not for its operating costs. The Wright’s revenues from admissions, programs, exhibits, and sales come nowhere near making up the gap, despite the drastic reductions in the museum’s annual operating costs.

According to the Freep’s Riley, it isn’t known whether the financial deal being negotiated by district court judge Gerald Rosen and emergency manager Kevin Orr will affect—or, rather, how it will affect—the future of the Wright. Will the city sell the museum’s home? Will it be compelled to cut its annual subsidy down to next to nothing, despite the negotiated agreement for city subsidy that doesn’t expire until 2019? Will the major foundations that have supported the Wright over the years be able to keep up their funding support after they make their DIA-related investments?

Foundations have rallied to the cause of the Detroit Institute of Arts. Will they come together with equal fervor to save the largest African-American historical museum in the U.S.?—Rick Cohen