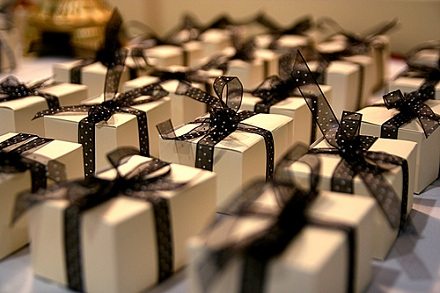 The recently launched Facebook Gifts allows users to purchase gifts for friends through the social network and has incorporated philanthropy into the platform. The new service will include eleven charities which you can donate to: the American Red Cross, Blue Star Families, the Boys & Girls Clubs of America, DonorsChoose.org, Girls Inc., Kiva, LIVESTRONG, Oxfam America, RAINN, St. Jude’s Children’s Research Hospital, and Water.org. In a news post, Facebook stated, “We are especially pleased to be launching this test now—when so many people are looking for new ways to help the victims of Hurricane Sandy, or assist those most in need around the holidays.” The new platform allows one’s Facebook friends to view the charities that one supports with the idea being that friends may consider giving to them as well.

Facebook members must already have “Gifts” activated on their accounts to donate and donations will initially be limited to $25, though that is subject to change. During this testing phase, 100 percent of the donations will go directly to charity, although this may also change. The announcement of Facebook Gifts came along with several other money-making features the company is rolling out, suggesting that Facebook is moving aggressively toward delivering its new shareholders profits. Although this could be a new tool for charities to bring in more donations, Facebook’s last attempt to link to charitable giving through its “Causes” feature has reportedly not lived up to expectations, despite more than 8 million users who either donate or take other action. Do you think Facebook Gifts will become a prominent competitor with other online fundraising options, or will its charitable dimension sputter out? –Aine Creedon