Will Foundation Leader Head Office of Management and Budget? 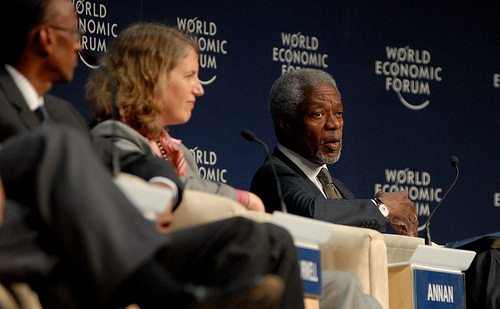 Based on her resume, if Sylvia Mathews Burwell is appointed to lead the Office of Management and Budget (OMB), she would be the most nonprofit- and foundation-experienced person ever to do so. The position is open as Jack Lew takes over as Treasury secretary and Burwell’s name has been floated for OMB. The potential hiring of Burwell is interesting given that she has a long and creditable track record in philanthropy (full disclosure: her sister, currently the executive vice president for communications at the American Bankers Association, was a colleague of this author’s at the Local Initiatives Support Corporation in the 1990s). Most recently, Mathews has been the head of the Wal-Mart Foundation.

In a 2005 report, the National Committee of Responsive Philanthropy (NCRP) lambasted the philanthropic giving of the Wal-Mart Foundation as “self-interested” (full disclosure: this author was NCRP’s executive director at the time). However, NCRP’s current executive director, Aaron Dorfman, says that the Foundation’s giving has “improved substantially since 2005…especially since the arrival of Sylvia Mathews Burwell.” Specifically, Dorfman notes that it has done better in serving people with the least wealth and opportunity.

Prior to her stint at Wal-Mart, Burwell was chief operating officer (beginning in 2001) and, later, president of the Global Development Program (starting in 2006) for the Bill & Melinda Gates Foundation until she left for the Wal-Mart position in 2011. Some thought she might have been the logical candidate to replace Patty Stonesifer at the Gates Foundation, but Gates chose Microsoft executive Jeff Raikes as the new CEO instead.

A longtime Democratic operative, Burwell served variously as deputy director of OMB, the president’s deputy chief of staff, staff director of the National Economic Council, and chief of staff to Treasury Secretary Robert Rubin during the Clinton administration. A board member of MetLife (where she makes $260,000 for holding that seat), Burwell is also, according to her bio on the MetLife website, on the board of the Council of Foreign Relations, a member of the advisory group to the Nike Foundation, and on the advisory board of the Peter G. Peterson Foundation, which we have noted in regards to its budget balancing advocacy.

CNN notes that Burwell would be the first woman to run OMB since Alice Rivlin, who many consider one of the best ever in that position. It doesn’t hurt to have more women in positions of power and influence, as our nation and the world is still pretty deficient on that score. Consider that only 17 percent of the delegates to last week’s elite World Economic Forum in Davos, Switzerland, were women. After taking some hits for putting a lot of men into cabinet slots, President Barack Obama seems to be leaning toward women for some of the more technically demanding jobs in the administration. For instance, corporate lawyer Mary Jo White was nominated for the Securities and Exchange Commission.

Does it matter that at least one member of the president’s closest advisors would be someone with a strong track record in the nonprofit sector? Could such an appointment potentially open up new avenues of nonprofit dialogue with the Obama administration? Some might contend that Burwell’s history of working for large nonprofits—the Wal-Mart Foundation is in the top 50 corporate foundations, and the Gates Foundation, is number one among private foundations—indicates that she might still need a solid education in the burgeoning challenges facing small nonprofits, which comprise the vast bulk of the nonprofit sector. In any case, nonprofits are hugely affected by recommendations and decisions emanating from the Office of Management and Budget, so it is worth keeping an eye on who fills this post. —Rick Cohen