Will LGBT Binational Couples Be Included in Immigration Reform? 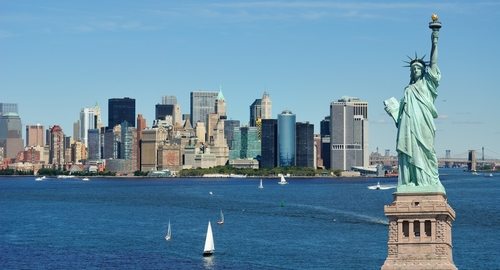 Last week, two bills that address the plight of gay binational couples were introduced in Congress. Gay U.S. citizens and legal permanent residents, unlike their straight peers, are not able to sponsor spouses or partners for green cards because of the Defense of Marriage Act (DOMA). The Family Equality Council, an organization that represents lesbian, gay, bisexual, and transgender (LGBT) parents and their children, points out that there are more than 36,000 binational couples in the country, about half of whom are raising children. These families run the risk of being torn apart by limited immigration options under the current system.

“Our family-based immigration system has not been updated in 20 years, separating spouses, children and their parents, who have played by the rules for years,” Honda said in a statement. “My proposed legislation is in line with American family values and with our need to grow our economy and save taxpayer money. American workers with families by their side are happier, healthier and more able to succeed than those distanced from loved ones for years on end. Our country deserves an immigration system that honors and supports key family values, like keeping families intact.”

“Family is the universal source of success and happiness for people of all faiths, nationalities, and sexual orientations,” said Rachel B. Tiven, executive director of Immigration Equality, a nonprofit that advocates for LGBT immigrants. “With family by your side, every American and every newcomer can work hard, study, and achieve.”

It is highly unlikely that either legislation will gain enough support to pass through both chambers of Congress. Instead, the best solution for LGBT immigrant families might be their inclusion in any comprehensive immigration bill. President Barack Obama’s immigration plan includes LGBT families, but the Senate’s bipartisan plan does not.

Many conservatives have expressed opposition to any law that would make allowances for gay binational couples and their families. It remains to be seen whether there may be enough equality-minded lawmakers in Congress to stand up for the rights of LGBT immigrant families. – Erwin de Leon