Will New Pope Francis I Renew Catholic Focus on Poverty? 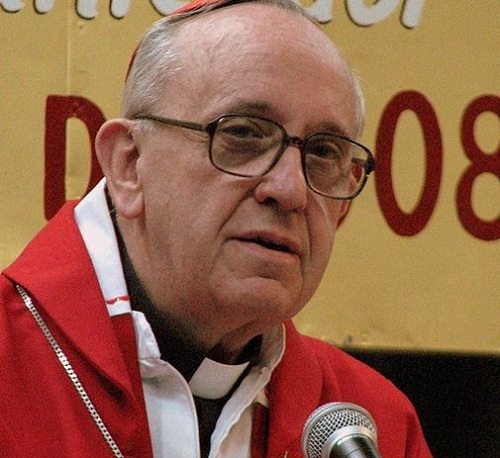 “Buona sera!” That’s how Cardinal Jorge Mario Bergoglio of Argentina greeted the tens of thousands in St. Peter’s Square after the conclave of cardinals elected him the papal successor to Pope Benedict VI. In truth, he wasn’t much discussed as a likely successor to Benedict, though he appears to have been runner-up to then Cardinal Joseph Ratzinger the last time around. As a result, most people don’t know that much about him. He has given relatively few interviews over the years, and has not traveled widely outside of Argentina. All of that is likely to change in the days ahead, of course.

Bergoglio took the name of Francis upon his election as Pope. He is the Church’s first Pope Francis in its two-millennium history. This is kind of striking since St. Francis’s devotion to walking and living among the poor is so consistent with the church’s teachings—and so inconsistent with the wealth and excess that has characterized the Church over much of its history. Both because he is a Jesuit and because of the symbolism of his choice of Francis of Assisi, the message of Bergoglio’s selection seems to be a recommitment of the Catholic Church to addressing poverty. Such a message from Rome might invigorate the charitable activity of Catholic Charities and other institutions, offering a reinforcement of their social justice mission. Despite his focus on issues of poverty, Francis is considered a theological conservative. Like his predecessor, he is opposed to the ordination of women, opposed to the end of celibacy, and opposed to same-sex marriage as well as gay adoptive parents. He has reportedly been critical of alleged excesses within the government of Argentina, although he has also been accused of having collaborated with Argentina’s brutal military government during its “dirty war” of “disappearing” political opponents.

At age 76, Francis is only a couple of years younger than Benedict when the latter started his papacy in 2005. While it is nice to see that the Catholic Church doesn’t discriminate based on age (unlike its practices regarding gender), it may mean that the conclave doesn’t expect Francis to rule for a very long time, perhaps even that he might follow Benedict’s model of retiring rather than dying in St. Peter’s seat. In any case, Francis I is going to have to move fast to make progress on issues that bedeviled Benedict VI, such as the opaque Papal Curia bureaucracy, the ongoing sexual abuse scandal, and the difficult-to-control Vatican Bank. In bocca al lupo, Francis! Buona fortuna! —Rick Cohen