Will Nonprofits Take a Stand in Sequestration Debate?

It’s time for the sequestration follies, the inevitable result of a congressional deadlock over the budget deficit last year. With the clearly less than “supercommittee” failing to find a solution, we now face the prospect of supposedly automatic cuts totaling $100 billion beginning in January and amounting to $1.2 trillion over ten years. The cuts are slated to hit defense and domestic program spending equally.

This stunning chart from the International Institute for Strategic Studies tell you all you need to know: 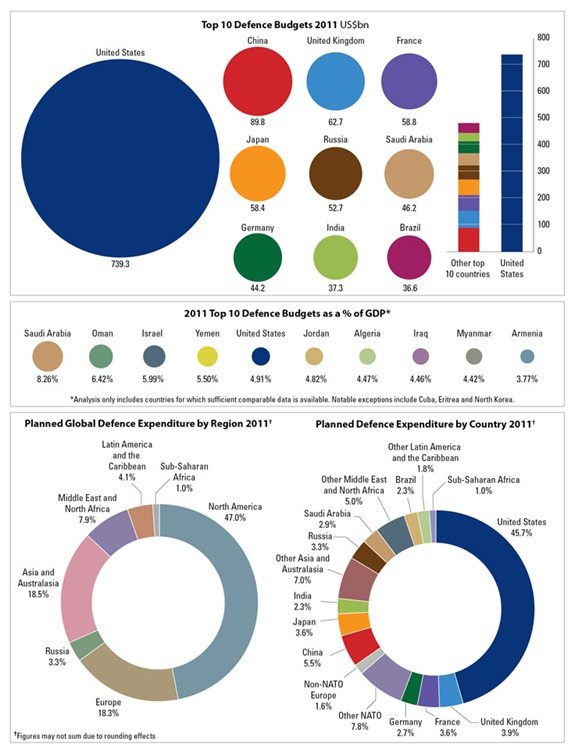 In a nutshell, the U.S. defense budget is a couple of hundred billion dollars larger than the combined military budgets of the next nine top military spenders. Nonetheless, Defense Secretary Leon Panetta warns that the pending sequestration cuts to defense is the equivalent of “shooting ourselves in the head.”

While digging in to find some way to protect the defense budget, Republican congressional leaders appear to have made it their political agenda to force the president to make the first move on sequestration cuts, passing the Sequestration Transparency Act last month. The Act basically requires the president to report to Congress by the beginning of September on exactly how he proposes to carry out the sequestration and which domestic and defense programs will be cut. Maybe this is the Republicans trying to give the president a no-win scenario; if he cuts the defense budget, he loses support from military families, and when he explains the domestic cuts, he’ll alienate several other constituencies.

The president himself understands the challenge, vocally raising the question of cuts in food stamps versus the defense budget. While Republicans such as Jeb Hensarling are applauding the Act’s insertion of sunshine into the sequestration process, Democrats also see a benefit here. The Democratic co-chair of the supercommittee, Sen. Patty Murray (D-Wash.), said the president’s report “will make sure that every member of Congress and the public understands the impact of sequestration, as well as the need to replace both the defense and non defense cuts in a balanced and bipartisan way.” The Republicans have already made their position clear, answering the president’s question by suggesting a $7.7 billion cut in food stamps.

Transparency could actually help the Democrats in the run-up to the national elections by revealing the budgetary havoc sequestration will wreak. Hopefully, nonprofits are contributing to the narrative on the impact of sequestration on federal domestic spending rather than sitting on the sidelines hoping and praying.—Rick Cohen