Will Obama Regret Standing By While Syrians Starve? 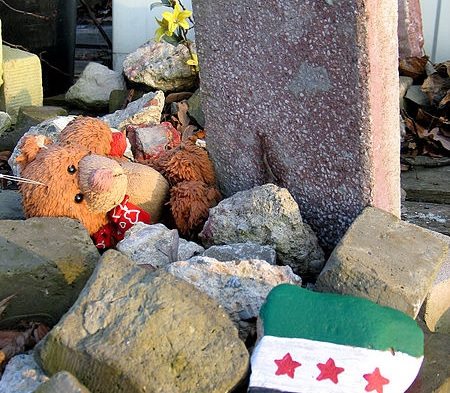 The Washington Post’s editorial page editor, Fred Hiatt, wrote a piece on the humanitarian crisis unfolding in Syria that ought to galvanize the attention of the Obama White House. He reminds President Obama, Secretary of State John Kerry, and National Security Advisor Susan Rice that they all, prior to taking the White House, eviscerated the Bush administration for allowing people to starve in Darfur.

Now, as Syrians are starving—and freezing, due to an historic snowfall and cold spell—Hiatt says that the Obama administration has provided some help for Syrian refugees outside the war-torn country, but “has done virtually nothing for the people inside.” The government of Bashar al-Assad is bombing the heck of out of his countrymen, denying humanitarian assistance, and hundreds of thousands of Syrians are literally starving.

It is a devastating column by Hiatt. Former President Bill Clinton says his failure to intervene in Rwanda is the greatest regret of his term in office. Clinton said, “If we’d gone in sooner, I believe we could have saved at least a third of the lives that were lost…it had an enduring impact on me.” That number, by the way, would have amounted to saving perhaps some 300,000 people.

Obama, Kerry, and Rice may look back on the starvation in Syria and consider their inaction a huge regret. Their regret means nothing to hundreds of thousands of starving and freezing Syrians.—Rick Cohen